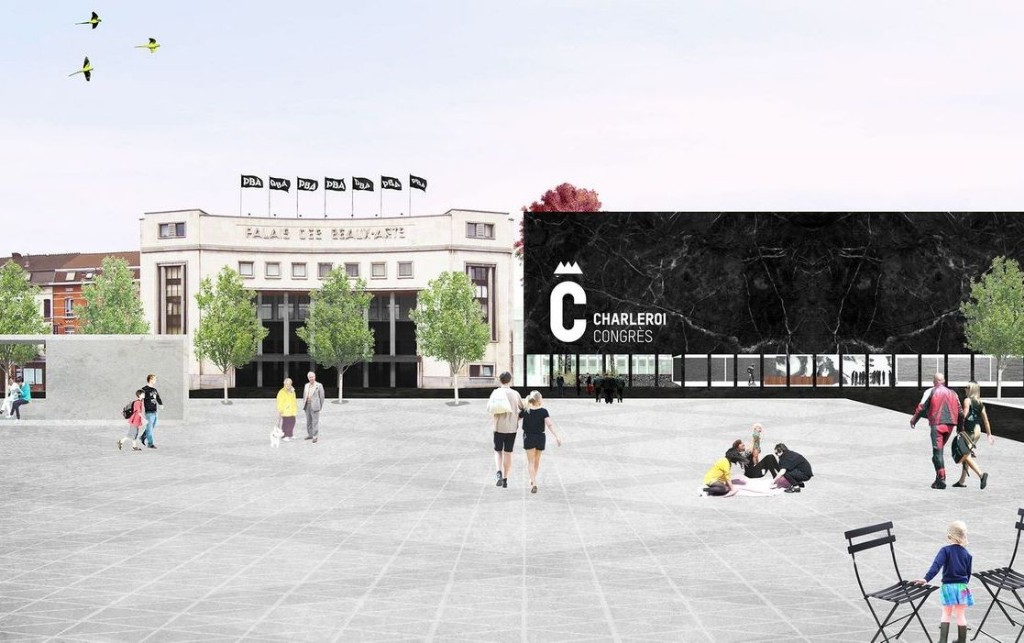 At the beginning of June we set out the development strategy for the city of Charleroi as published by its local authorities. It has now been revealed by the City that some changes to this strategy have been agreed.

The major change involves the Congress Centre which will be modified to become an events centre in a wider sense. The Congress function will therefore be integrated into the Exhibition Halls (Palais des Expositions) and what was originally planned to be two structures will be redesigned into one main events venue at the junction between the Lower and Upper cities. The Exhibition Halls will be renamed the Grand Palais and will host exhibitions, congresses, trade fairs, festivals The congress facility will accommodate up to 5,000 persons, with several auditoriums. The areas within this infrastructure will thus be fitted with high quality equipment and be multi-functional, and the City is calling for tenders where layout and equipment are concerned. The structure is intended to express a renewal of the overall events domain of Charleroi and to give it a national and international character.

The city gives a number of reasons for this change. Firstly, and this may seem to be a particularly Belgian phenomenon, administrative difficulties, especially with one study bureau, have led to delays in allowing the construction of the originally planned Congress Centre to advance. Instead of pushing on with this and potentially losing some European and Walloon funding, the City states that it opted for a new approach. It also justifies this decision by saying that the needs of the events market have evolved since the original project was adopted within the context of the programming of the Feder fund 2014-2020. It now appears clear that the management of a single structure for all functions is more efficient and profitable.

Where access is concerned, the authorities describe this city centre location as being in the immediate proximity of Brussels South Charleroi Airport. It is a few minutes from Charleroi South railway station and even closer to the West Station. Metro and bus lines also serve the location. A new exit from the Charleroi Ring (R9) will soon be provided as a dedicated access route to the centre. An 800-spce car park will be provided, along with secure bike parking facilities.
Realestate
Tim Harrup
21-06-2020
Tweet