You are here : HOME > NEWS > Brussels offices: down but not out 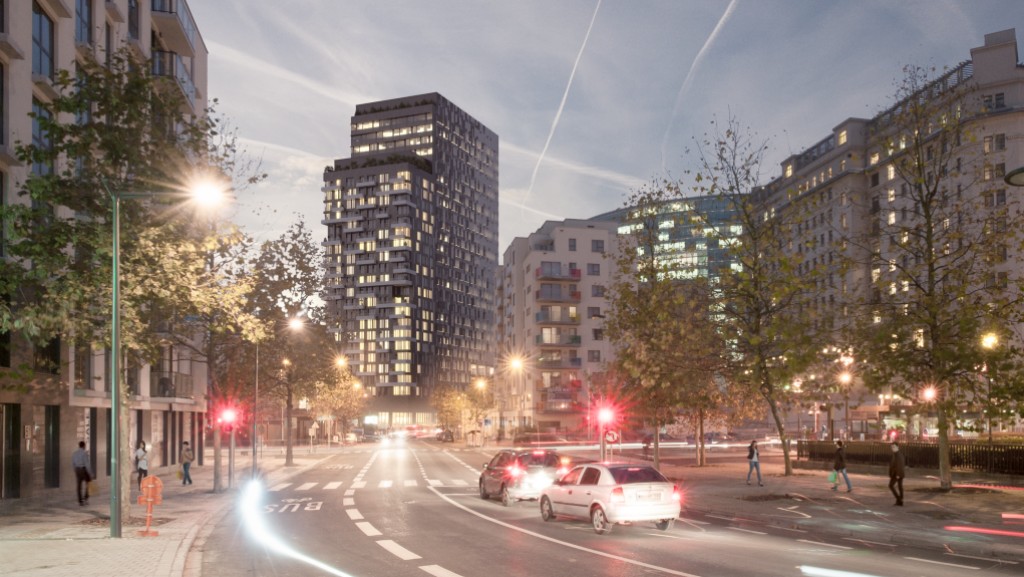 Real estate broker JLL has succeeded in producing figures for the Brussels office market at the end of the second quarter of 2020, despite the difficulties in gathering totally comprehensive data during this exceptional period. And JLL acknowledges this: Where prime real estate transactions have not occurred and evidence of actual market performance is absent, notional assessments have been made on the prevailing conditions using our experience and considered judgment.

The headline numbers provided by the broker show that total office take-up in the capital amounted to 183,000 m² during the first half of the year. This compares with 324,000 m² during the same period last year.

Looking more closely at what happened during the second quarter (entirely during the lockdown period, therefore), JLL says that take-up showed a 44% increase compared to the first quarter, to 108,000 m². Some 62% of the occupational volume was by Corporates, 24% by European institutions (two transactions) 6% by International Administrations and 8% by Local Administrations. The European Commission finalised its previously announced 30,600 m² transaction in The One tower at the core of the European district, while the EEAS closed a 13,000 m² transaction in the Belmont building, again in the European district. Most relevant is the long-term lease from ING bank of 14,000 m² in Immobels Commerce 46 project. In early April, the Construction Confederation closed its acquisition of the Arts 20 property (7,000 m² in the European district. Projects continue to be on target by occupiers, says JLL, especially in the CBD. And the broker goes on to point out that several corporates such as for example Carrefour, Total and Touring are currently looking for a new headquarters matching their needs and brand image.

Turning to vacancy, while no material completion has been recorded in the last 3 months, vacancy has nevertheless increased during the first half due to the completion in the first quarter of the Phoenix (North district) and the Spectrum (Pentagon). On top of this, the space vacated by EDF Luminus in the Marquis building (Pentagon) and by Publicis in the Douanes building (North) is now immediately available (approx. 16,000 m² combined). In volume terms, 962,000 m² is vacant as of the end of July, equating to a vacancy rate of 7.4% against 7.1% six months ago and 7.6% a year ago. As always, vacancy in the CBD is a long way below this figure at 3.4% (against 2.9% in the last quarter of 2019 and 3.3% a year ago) while it remains high in the Decentralised district (9.4%) and the Periphery (19.2%).

Looking forward, the picture is described as not being a cause for concern. A total of 736,384 m² is planned to be delivered by 2022, of which 49% is speculative. Within this, 70% is in the districts making up the CBD, with the North district taking the lions share at 30% of total completions (34% for speculative projects). It is also interesting to note that 27% of the projects are in the Periphery, more than half of which are in the proximity of the airport. JLL points out, however, that should the economic crisis take longer, developers will not be in a hurry to launch projects at risk. Within the 358,000 m² of speculative projects planned, 89,500 m² involve refurbishments not yet started. In other words, there is flexibility in the delivery timings. Explaining why the non-precommited pipeline does not concern it, JLL says that this represents only 2% of existing stock, half of the figure before the financial crisis.
Realestate
Tim Harrup
30-07-2020
Tweet