Start of works for NorthCity project in Haren' 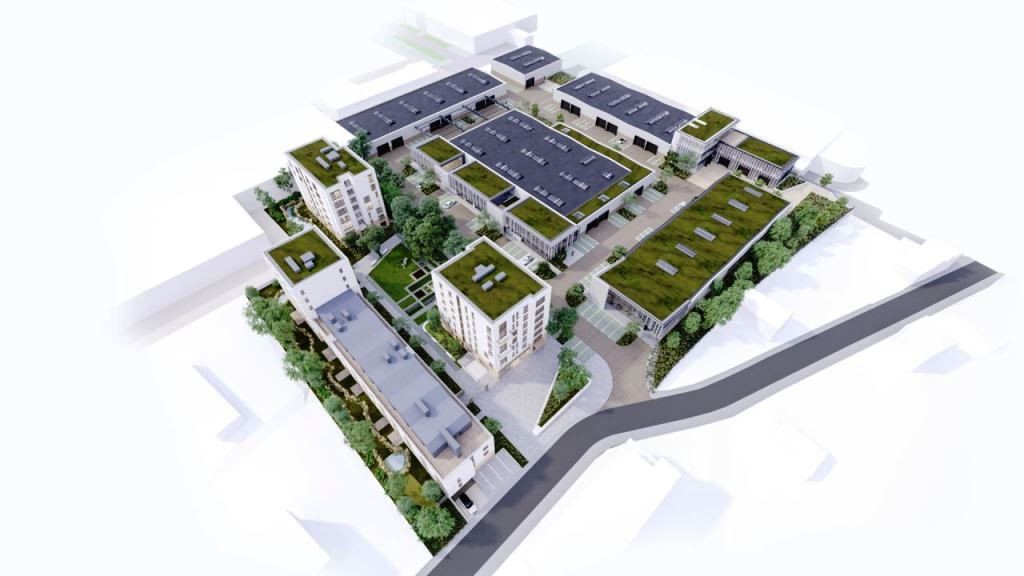 Rehabilitating former industrial sites into new mixed use complexes is a trend we have been seeing in Brussels (and elsewhere) for some years. The concept not only avoids the emergence of more 'single activity ghettos' but as the projects invariably include a large proportion of new housing, it also plays a major role in responding to the changing demographic needs of the region.

In that perspective, Regional developer citydev.brussels has announced the start of works on a major new project in Haren, to the northern side of the region. Partners in the project are Futurn and Inclusio. Named NorthCity, this project represents the rehabilitation of a large (2.55 hectare) industrial site, having been a logistics centre for retailer Prémaman up to 2017. This complex thus currently comprises a 15,000 m² warehouse, 2,000 m² of offices and a 1,400 m² showroom.

Explaining the interest of this location, citydev say that not only does the Middelweg on which it is to be found connect the Chaussée de Haecht to Haren station, but the site is also bordered on three sides by recently constructed activity zones  including citydevs own Noendelle.

The development plans to which the site is subject (PRAS and ZEMU) allow for mixed use development  residential accommodation and light productive activities. The project set out by Futurn (which acquired the site in 2017) and in which citydev plays a major role, schedules a combination of demolition and renovation of the existing buildings. The final result will be 123 residential units (sold to real estate investor Inclusio which focuses on social objectives), and two zones for SMEs  one to be sold by Futurn and one destined for rental, which has been acquired by citydev. This portion will extend to just under 7,700 m² and include 17 workshops over two levels, over 1,000 m² of offices, a covered car park for 55 vehicles and open air parking for a further 23. Marketing of the site, says citydev, will start at the beginning of next year.
ASSET MANAGEMENT
Tim Harrup
10-09-2020
Tweet