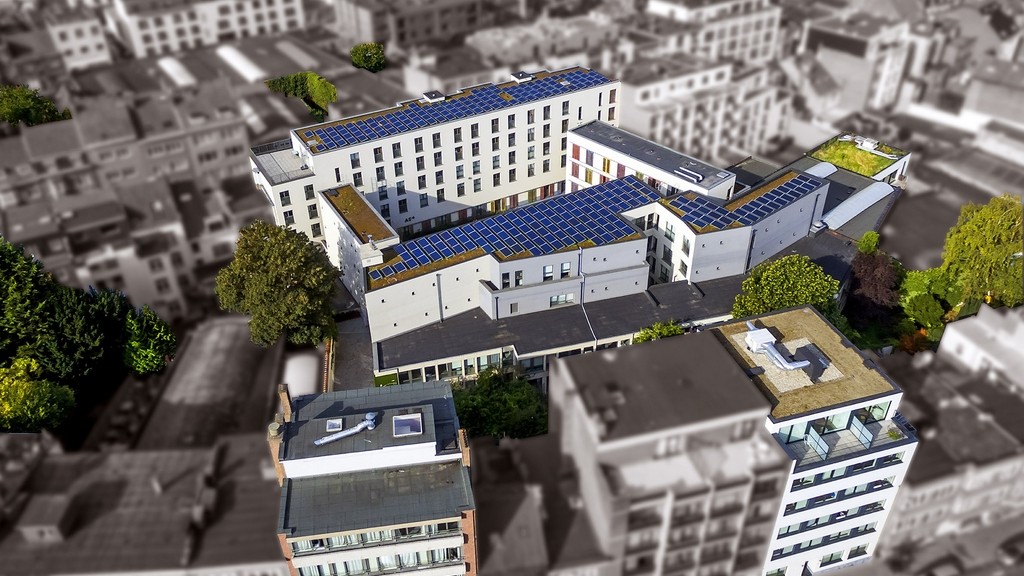 Xior Student Housing has announced that this morning (October 7) it has finalized an investment which sees it acquire 100% of the shares in Patrimmonia Couronne-Franck NV. With this transaction, Xior acquires the student residence 365 Rooms, located in Ixelles (Brussels), consisting of 323 student rooms, 5 studios, 9 flats and approximately 1,000m² of multipurpose space (currently used as offices, a snack bar and a crèche which is kept sufficiently separated from the student area).

The total investment value of this acquisition amounts to approximately 34 million Euros with an expected initial yield of 5.5%. The contributor offers a rental guarantee for a period of three years based on full occupancy.

This residence was developed in consultation with the VUB/ULB, with a focus on sustainability and safety for the students, resulting in an energy-efficient building equipped with solar panels, additional insulation, a green roof and windows with high performance glass.

This modern and fully operational student complex, completed in 2014, is ideally located close to the universities VUB and ULB and the newly built Chirec hospital. In addition the complex is located right in the vibrant student district of Brussels where Xior is already active with its Oudergemlaan residence, which has been fully let every academic year since its delivery in 2018.

The residence is easily accessible by public transport and is only a 5-minute walk from Etterbeek train station. There is also a bus stop right in front of the building which connects to the centre of Brussels. The residence consists of a mix of independent and shared rooms and provides various communal areas and facilities. These include a motivational study space of 300m², communal kitchens, a green inner court garden, a laundry room and bicycle parking.

With this acquisition, Xior is adding an eighth location to its portfolio in Brussels, and the total number of student units operated under the Xior brand in Brussels rises to just under 1,000 units, creating additional economies of scale.