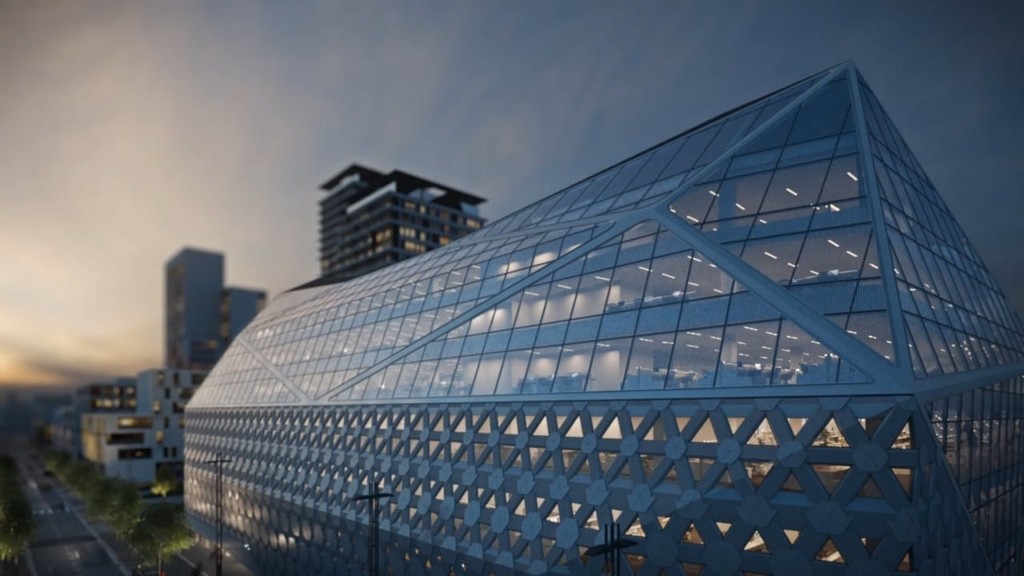 For some time those arriving by train at Gent St. Pieters station have been seeing a curiously shaped building emerging from the ground. This building has now been completed and its name reveals the reason for the unusual shape: The Diamond. A transaction has just been announced by CBRE, who acted for the seller. Designed by New York City based Asymptote Architecture and developed by Life Tree Group and Global Estate Group, The Diamond extends to around 16,000 m² gross leasable area spread across a ground floor and six upper levels. It has attracted BREEAM Very Good certification for its environmental characteristics. The Diamond had already attracted its main tenant  ING Bank  before construction started, hence de-risking the project. However, the buyer of the building is not ING (nor the SNCB which occupies one floor) but German investment fund Union Investment which already owns several properties in Belgium. The strategic location of this building, right alongside Gent St. Pieters station demonstrates once again that office demand at railway station locations is high. It has become a key element for corporates and public administrations. On top of this, as CBRE points out, the office stock around this station is limited. It may be expected that the vacant space in other projects will not remain vacant too long. The masterplan alongside the tracks already schedules other types of projects too  residential, a hotel  adding pressure on the already limited availability of office spaces at that location. This pressure on space is further witnessed by the fact that Ghent has, again according to CBRE, a positive net absorption of newly built office stock and a low vacancy rate of under 4%.