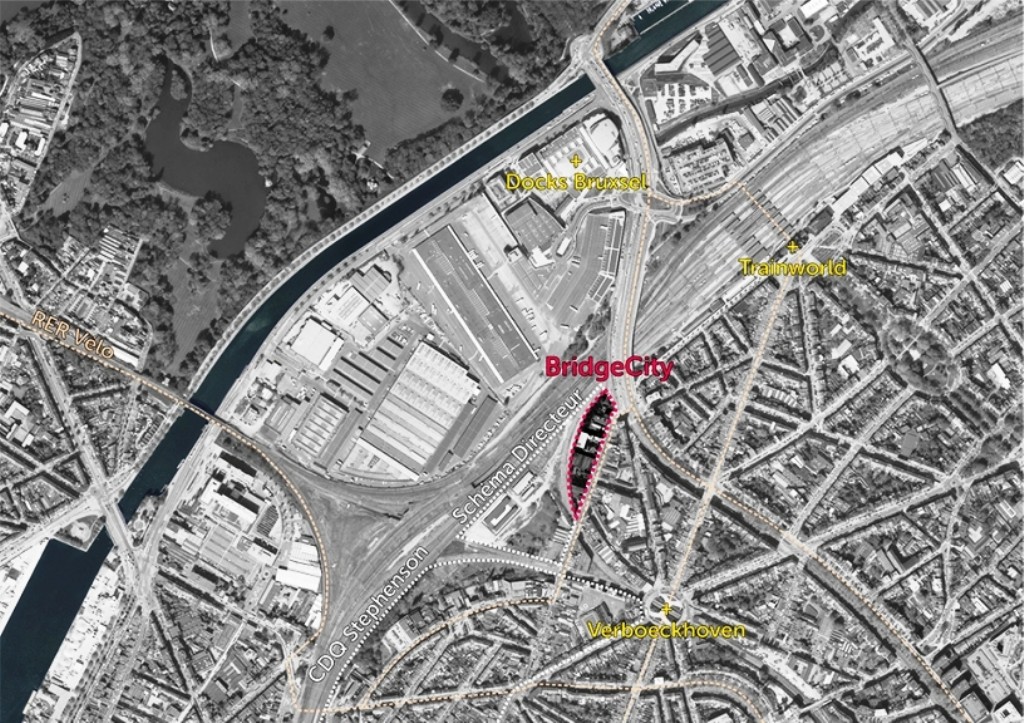 One of the forthcoming projects of citydev.brussels involves a former industrial site located on the Rue Navez at the border between Brussels City and Schaerbeek. The site was acquired four years ago and will be transformed into a business centre, residential accommodation and retailing. Named Bridge City it fits into the Masui district contract which schedules the evolution of this industrial site into a mixed use district. The proximity to Schaerbeek railway station will clearly be an advantage in terms of mobility.

The project being undertaken by citydev, either on its own behalf or as project manager for the Brussels Capital Region, will be divided into four phases. The first of these will see over 50 subsidized residential units created on the upper floors of buildings which will accommodate a retail space of 700-1,000 m² at ground floor level. Underground parking will also be part of this phase.

The second phase involves the conversion of a former industrial building into a centre for economic activities. Part of the existing disused building may have to be demolished to enable this project to be completed. Phase three will see a social housing building (50 units) constructed, with a 350 m² service unit at ground floor level, while phase four is a private residential and retail building.

Where timing is concerned, citydev.brussels will announce the names of the selected partners at the beginning of next year, and it is hoped that works can start at the beginning of 2023. If this happens, works would be finished two years later in early 2025.