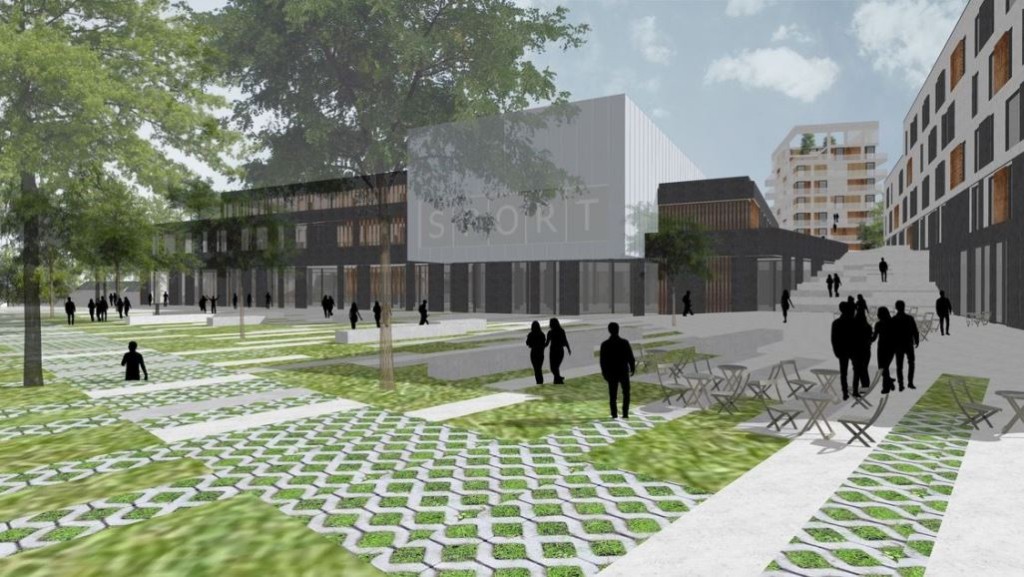 A project to regenerate the Belgrade district at the north-west entry to Namur is progressing further. Namur-based developer Actibel has made it known that it is intending to lodge a permit request for phase one of the works at the end of the first quarter of 2021. This will be for the construction of 75 residential units, 3,300 m² of retail space, 2,000 m² of offices, underground parking for 450 cars and a multi-sport centre. This last element will be given to the city as payment of the urban development charges.

A second, later phase will see a walkway to connect with phase one, around a hundred residential units, a further 2,500 m² of retail space, 1,500 m² of service functions for the retailing, and 190 underground parking spaces.

Actibel says that it has a dual objective in undertaking this project. Firstly, it wishes to pursue the regeneration of this former military site (a regeneration which began 16 years ago and has already seen the installation of a Quick fast food outlet and a postal distribution centre). Secondly, its objective is to provide a genuine city district project on either side of the N4 in order to bring life back to a long abandoned area.

In terms of philosophy, Actibel also talks of moving away from the everything for the car approach which has been seen in the past. It believes that cities need to be multi-functional places for humans to meet and exchange with a local dimension, giving priority to shared public spaces. Along with the Actibel project, other developments on adjoining parcels are being considered by the local authorities, including a business park and sports facilities.

Returning to the location, this site is at the junction of the N4 and N93, with the N4 giving direct access to the E 42 motorway. Taking account of the degree of traffic will therefore also be one of the challenges to be met. In particular, the road junction between the two thoroughfares will be redesigned.