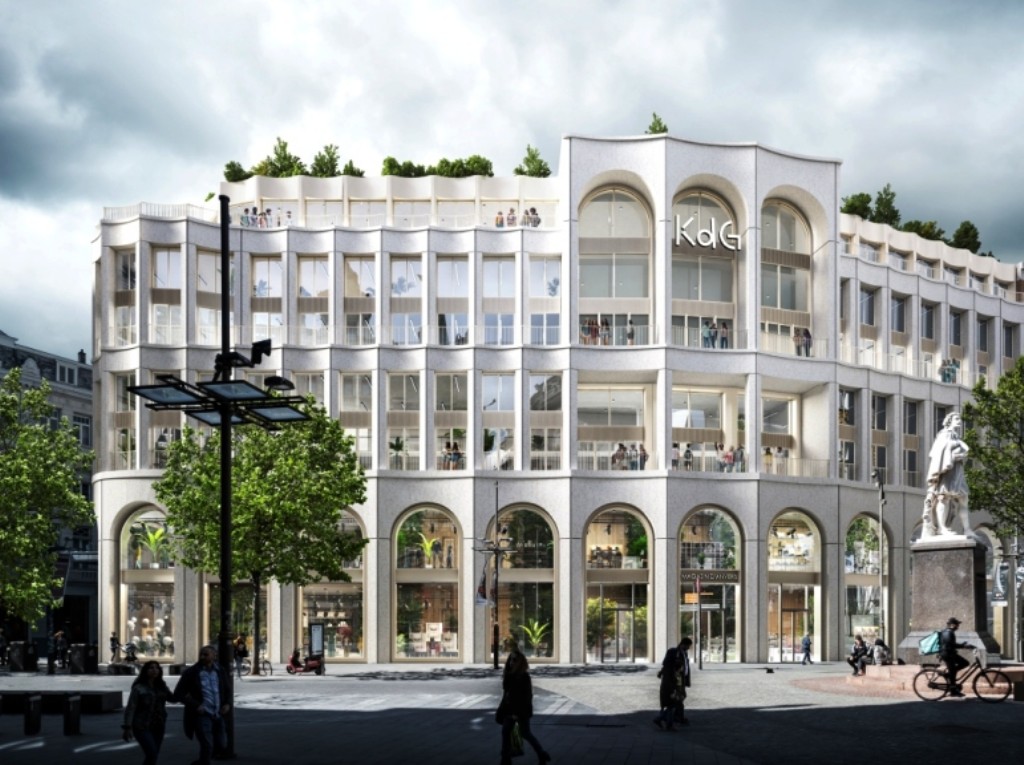 Plans to build a new campus for the Karel de Groote college in Antwerp are progressing quickly. The campus itself will be located on the Meir, which is not only the nerve centre of Antwerp retailing, but one of the two most frequented high streets in Belgium, along with the Rue Neuve in Brussels. Following what is described as two years of intensive work, an environmental permit request is set to be lodged this month by the college and project developers Meir Corner (Tans Group and Urbicoon).

The college will occupy the upper floors of the building, with the ground floor (logically) being destined for retailing. The plan is to create a very large luxury goods store, thus maintaining the standing of the Meir. This project will also signal the beginning of a total upgrading of the Meir.

The building itself is designed (by Binst Architects and B-Architecten) to be iconic and as is normal nowadays, with the environment and mobility high up among priorities. It is hoped that works can start next year and that the first of the 7,000 or so students and 650 members of staff will be able to take their places for the 2024-2025 academic year. The current campus located on Groenplaats at the bottom end of the Meir can no longer accommodate all of the students and personnel. According to the Director General of Karel de Groote college, Veerle Hendrickx, the college is predicting a growth in student numbers of 2%, but is making plans for 5%. This is what makes a larger campus a necessity.

The 28,000 m² campus is more specifically located in the former Proximus building on a block bordered by the Meir, Jezusstraat, Cellebroedersstraat and Lange Nieuwstraat. This triangular block is at the very start of the Meir when coming from Central Station, on the right hand side.

The retail element of the building is set to receive BREEAM certification, and among environmentally-friendly factors built into the whole project will be a green walkway from the entrance on Jezusstraat. An interior garden on the second floor is also part of the plans, as is a roof garden which will be available for the organization of student events. Certain historic elements of the site will be retained and integrated into the project, including the former RTT building.