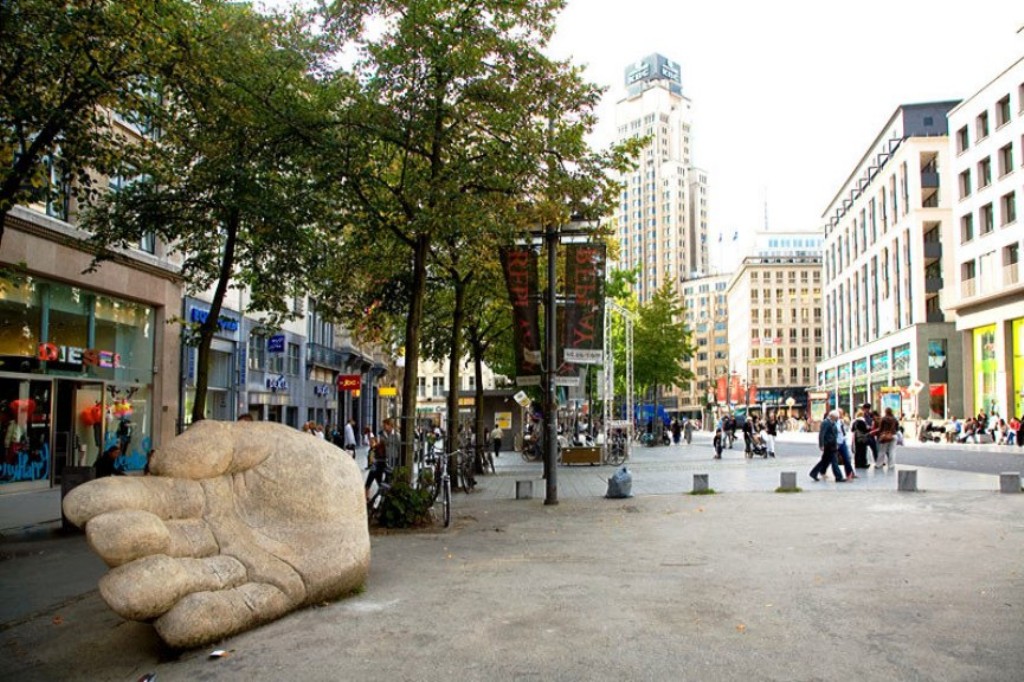 Image of the Meir: meir-antwerpen.be

Real estate advisor JLL has analysed the retail real estate market in Flanders over the first three quarters of the year. It finds that while overall activity is (unsurprisingly) down there is nevertheless some investment and the likelihood of new arrivals on the scene. Our previous report into retail looked at some trends.

The first three quarters of 2020 in fact saw a decrease of 13% in activity, compared to the first half of 2019, to a take-up figure of just over 131,000 m². Around two thirds of this take-up was in peripheral locations, and one third in urban high streets. The activity was seen not only in the main cities of Antwerp, Bruges, Ghent and Hasselt, but also in smaller towns such as Courtrai, Knokke, Louvain, Ostend and Roeselaere. By contrast, JLL finds, there was almost no activity in shopping centres. And rental levels in these centres have dropped by a little over a half in the space of one year.

The performance of the Flemish market clearly has a substantial impact on the figures for the entire country, as Flanders typically represents 56% of all national transactions. It is therefore significant that over these first three quarters of 2020, the total number of transactions in Flanders was 238, virtually a quarter below the five year average. The decrease was recorded, at differing levels, in each of the three individual quarters, and JLL says that the end of year result remains uncertain.

Turning to individual retailing sectors, food & beverage rose to first place, representing 20% of all transactions, against 14% five years ago. Supermarkets too have significantly increased their proportion of the whole, from 4% five years ago to 14% today. The sector to lose out in these figures is fashion, for which the 2015 figure of 38% of all transactions has plummeted to 17% this year.

To close, a look at the major transactions of the year to date. Home decoration retailer Maisons du Monde has taken up 2,100m² at Meir 66 (by subletting part of a C&A store); Overstock in the same segment) has opened shops in Wilrijk and Schoten, while supermarket chain Albert Heijn has rented 1,200 m² on the Groenplaats in the centre of Antwerp and supermarket Jumbo has extended its network into a number of Flemish towns. Another major transaction has seen shoe retailer van Haren (Deichmann Group) move into 40 shops totalling 37,500 m², previously occupied by outgoing shoe retailer Brantano.