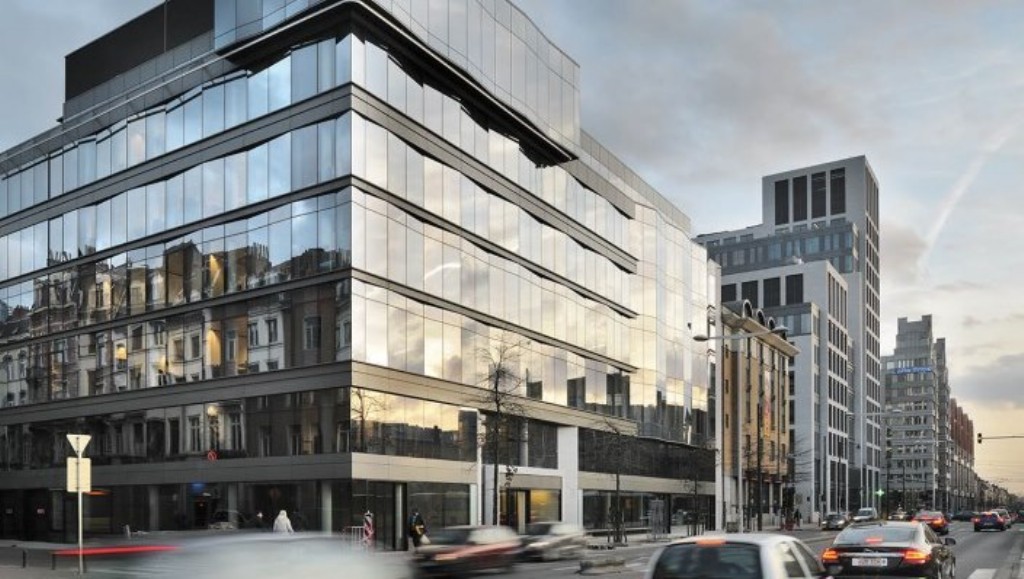 It has just been announced that the Kan Am Grund Group has purchased the South Crystal office building in Brussels for a special real estate fund. This building, located at the corner of Avenue Fonsny and Rue de Russie, is thus directly opposite the main entrance to Brussels Midi station, just across the esplanade from the Midi Tower. It is a nine-story building offering 7,300m² of lettable space, for which the principal occupant is railway infrastructure operator Infrabel. The sales price has not been disclosed.

The South Crystal office building is only nine years old and is, perhaps unsurprisingly, said to be in exceptionally good condition, having been very well-maintained. Alongside the office levels, the building also accommodates a small supermarket, a snack bar, and a crêpe restaurant at street level. The building also has an underground car park with 34 spaces.

The KanAm group has its main offices in Munich, Frankfurt and Atlanta and describes itself as one of Germany's leading sponsors of international real estate funds. It goes on to say that it is an initiator, developer, operator, manager and sponsor of real estate in the U.S.A., Australia, Eastern and Western Europe.
Realestate
Tim Harrup
13-11-2020
Tweet