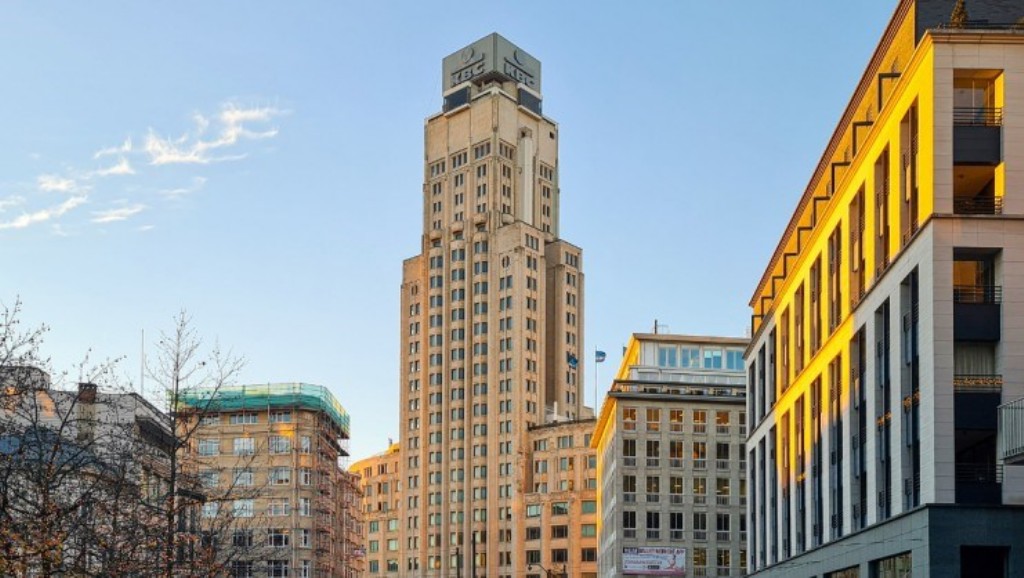 The iconic art-déco KBC Tower, popularly known as the Boerentoren, was one of the first European skyscrapers in the early 1930s.

Almost 100 meters tall, and with 26 storeys, the iconic art-déco KBC Tower, popularly known as the Boerentoren, was one of the first European skyscrapers in the early 1930s. Located in downtown Antwerp at the end of The Meir shopping street, the tower now has a new owner  the Katoen Natie Group. Under the patronage of its director Fernand Huts and in conjunction with real estate developer ION, the heritage building will be transformed, into a culture tower. But before the Boerentoren can be converted, the building will first have to be partly dismantled and re-stabilized.

The new culture tower will include areas that can be used for art exhibitions, and there will also be room for a restoration studio, an outdoor sculpture garden, a cinema, an auditorium and a bookshop. In addition, panoramic rooms will also be created on the 3 top floors, offering a stunning view of Anwterp city. In addition, the tower will accommodate shops, restaurants, offices and apartments.

If the works go according to plan, the culture tower will be completed in 2027. The KBC logo, which has been on the top of the tower since time immemorial, will continue to adorn the building even after the works.