You are here : HOME > NEWS > Rehabilitation project for Boom 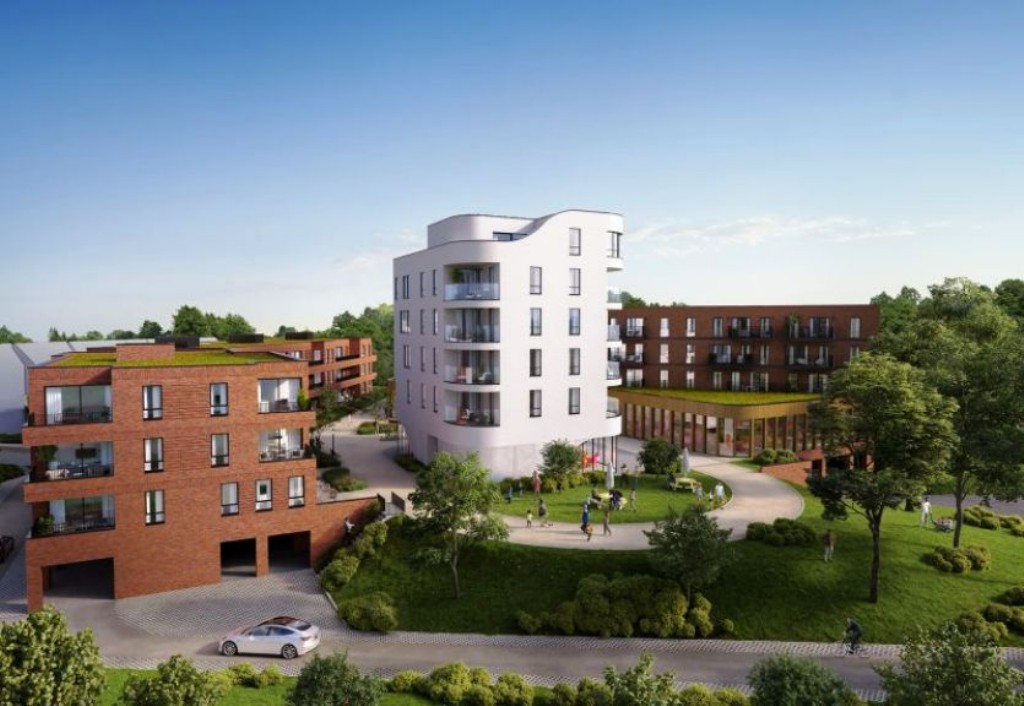 Park View is the name given to a mixed use project in Boom, described by Belgian/Dutch architects Conix RDBM and developers Amanu-Invest as a new urban project based in a former clay quarry. This is a residential project, complete with a local supermarket and apartments. The semi-public space, along with the various buildings, have been designed together in a coherent, defined environment, around a town square that has an identity of its own. The site will provide opportunity for a mix of pursuits, with work, living and socialising in a green environment the central objectives.

In terms of what is actually in the programme, the project includes 75 residential units in a variety of sizes and styles. In the clay quarry, a new factory area is planned, with broad, loft-like apartments around a central space. The supermarket on the ground floor, say the developers, will give a large-scale feel. The site will also be provided with connections to the new ring road. An urban villa with luxury apartments, free-standing and terraced will be built adjacent to the park. The park runs through to the site. No timing details have been given by the architects on their website.
HOUSING
Tim Harrup
26-11-2020
Tweet