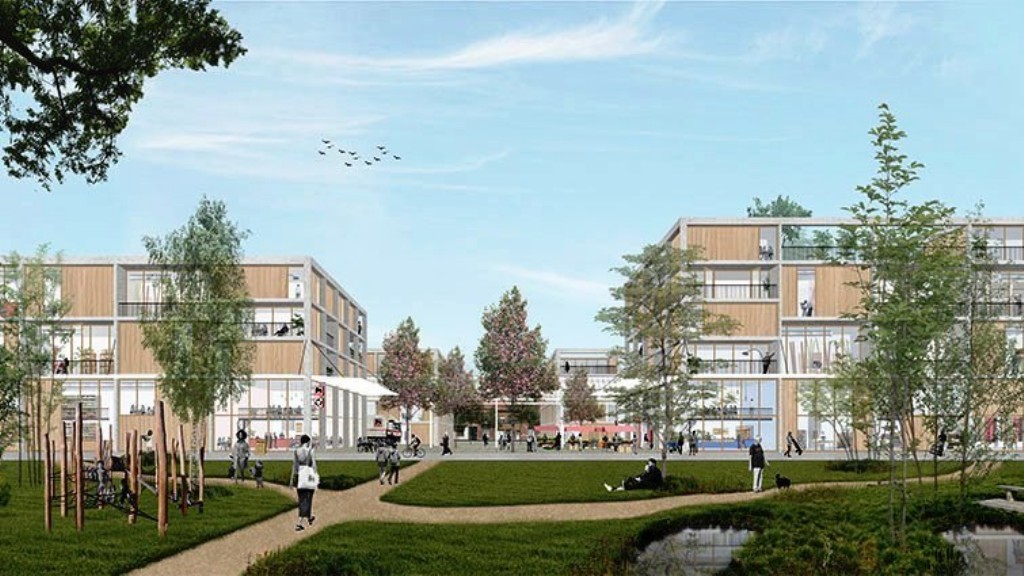 It was some months ago that the redevelopment of the historic Delhaize site in Molenbeek was announced. It will be recalled that Delhaize had expressed its intention to relocate its support services from Molenbeek to Zellik, where its distribution centre is situated. Over the past few days, more news has emerged to shed further light on the future of this site.

In view of the stated intention of Delhaize to move after 37 years here, the City of Brussels had immediately manifested its interest in the site and it has now just been announced that its development arm citydev.brussels has acquired the site for a price of 21 million Euros, putting it in possession of 4.4 hectares of land. This follows negotiations between citydev and Delhaize. The intention of the City is to ensure that the redevelopment of this land fits in with its territorial development strategy, and in particular with the P.A.D. of the West Station The agreement reached with citydev will also enable Delhaize to integrate a new supermarket into the complex.

The latest information concerns the masterplan elaborated by citydev with perspective.brussels and a number of bureaux and architects. The City is initiating consultation with local inhabitants on the proposed project, named Lioncity after the logo of its historic occupants. A piloting committee has also been established, involving the Minister-Presidents office, the commune of Molenbeek, citydev.brussels and perspective.brussels.

It is proposed that the site will become a mixed use district with residential accommodation, shopping, services and offices, and in particular a green element throughout, this green area totaling around one hectare of land, and stretching a far as the Beekkant metro station. The project is divided into two zones. One of these is located between the Rue de Rudder, Rue Jean-Baptiste Janssen, Rue Jules Delhaize, Rue Osseghem and Rue Euterpe. The other is between the Rue Osseghem, Rue Jules Vieujant, Rue Dubois-Thorn and the Boulevard Edmond Machtens. .