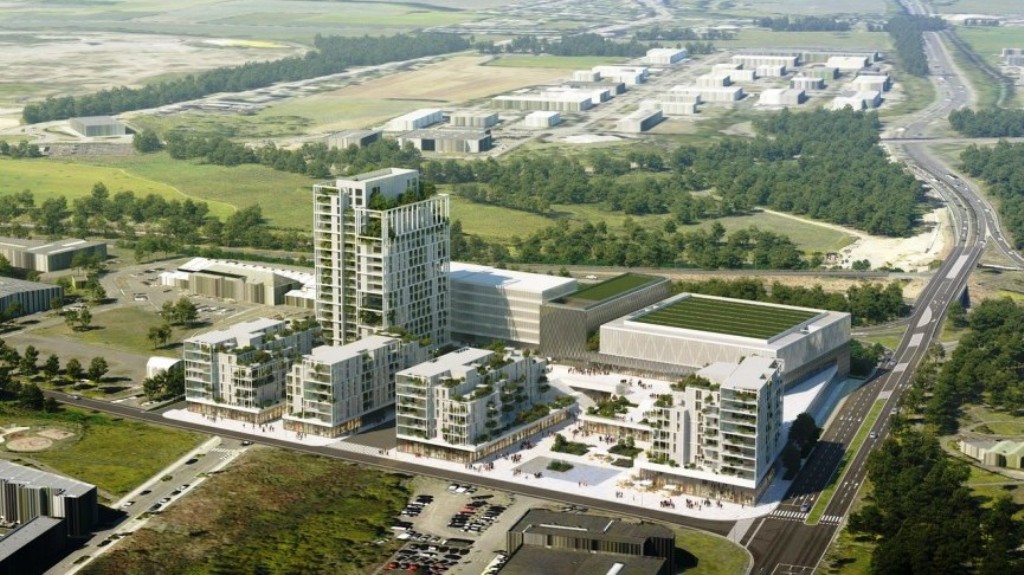 Another major development has been announced in the Luxembourg town of Esch-sur-Alzette. The former Lankelz site is to be transformed into a mixed project under the name of Perspectiv, and will amount to no less than 68,000 m² of surface area. The developers are Brussels-based Atenor with Tracol Immobilier, whose offices are located in Esch-sur-Alzette.

The site already belongs to Tracol, who signed an agreement with Atenor in the latter part of last year, to develop a new district on the site. As reported by paperjam.lu, the architectural design will be undertaken by Wilmotte & Associés in conjunction with WW+. In its previous assignation, the site was home to the Lankelz miniature railway, providing rides to visitors. Constructed in 1997, the narrow-gauge tracks, complete with bridges, tunnels and a station, were arranged in two sections, one 1,000 metres long, and the other 350 metres. The rides were provided by one steam locomotive, two diesel engines and a tram.

Where details of the district to be constructed are concerned, this will include around 350 housing units with a total surface area of 37,000 m², along with 10,000 m² of offices. In terms of facilities, local shops and services including cafes and restaurants will take their place, together with a medium-size supermarket of 12,000 m² (it is interesting to note that while a store of this size is described as medium it nevertheless represents an area equal to 12 floors of a modern office tower  ed.). A sports arena able to accommodate 2,000 persons (most of them seated) will be created alongside the future sports museum, paperjam goes on to point out. There will be two public squares, green elements and storm basins integrated into the environment.

Turning to the timing, the first studies are scheduled to start during this first quarter of the year, with permit requests being lodged before the summer. The first phase would then start at the end of this year, with the other three following in 2022.