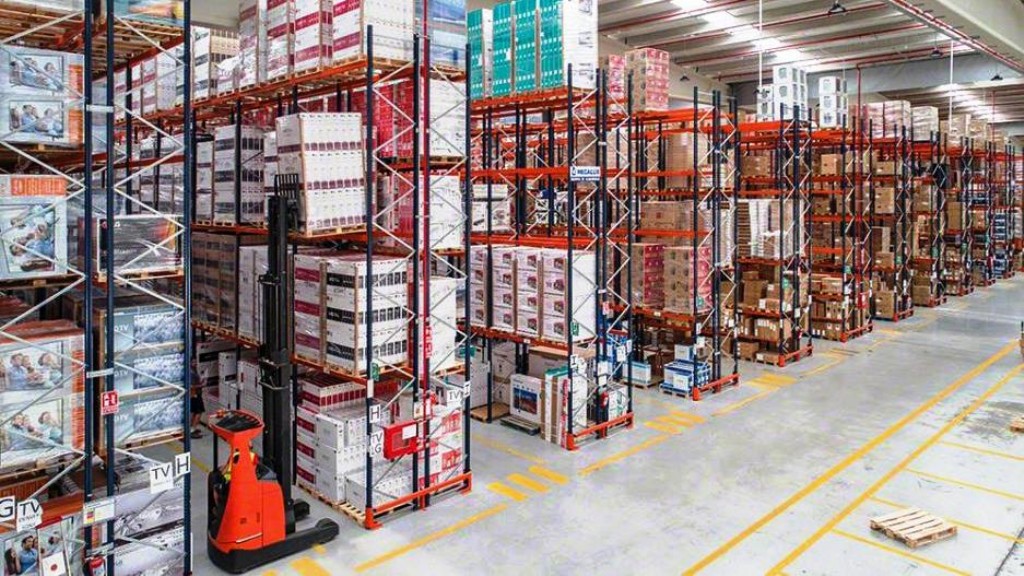 Throghout this year, there have been concrete signs that logistics operators and retailers active in supplying all the goods we need, have been taking up increasing amounts of warehousing space. The semi-industrial market, by contrast, has slipped but is still seen as positive.The two market segments  semi-industrial and logistics, however, evolved differently in take-up terms. Industrial and Logistics Head Walter Goossens explained that semi-industrial performed below 2019 levels and its longer term averages, but logistics outperformed as a result of a supply chain reaction caused by Covid-19. Looking at this in terms of figures, semi-industrial was 13% down on last year at a fraction over one million square meters. However, this is only 10% down on the five year average and 2% down on the ten year average, a result which JLL considers to be quite a good result in the circumstances. And indeed, there were more lettings and acquisitions than in the previous year, the downturn being caused by a smaller average transaction size  1,138 m² being more than a quarter down on 2019.

Moving on to logistics, take-up of around 976,000 square meters was a modest 6% up on 2019, but 20% above the five year average and what Walter Goossens described as a spectacular 40% up on the ten year average. The major factor to have changed was in the proportion of lettings against acquisitions. Some 85% of all transactions were in lettings, against a five year average of 57%. This is explained by the fact that the Covid crisis has called for rapid reactions and short decision-making times to ensure that companies had enough space to handle the upsurge in demand. As a result, leasing space in existing and available buildings was the only way to move quickly forward. Build-to-suit transactions therefore only represented 47% of the total, against 62% last year. And although there were some very large transactions in the mix  which we will come to later  the average transaction size of the 69 recorded transactions is around 14,000 m², in line with the five year average.

The largest logistics transaction of 2020 involved X²O pre-letting 150,000 m² of space at Evergem (just north of Ghent)  the space is scheduled for delivery in 2022 meaning that this is a build-to-suit and not a rapid reaction deal. Eutraco in Willebroek (a letting of almost 60,000 m²) and Cebeos acquisition of 54,000 m² in Tournai complete the top three. VAB Fleet Services and Eddie Stobart each leased almost 50,000 m² in Genk-Zuid Logistics.

The logistics real estate pipeline confirms the upward trend. Some 680,000 m² of space is already under construction for this year, a little over 200,000 m² of this being speculative. Almost all of this speculative construction is located in the Ghent Logistics Campus. The five year average of total logistics constructions is under 500,000 m².

All of this activity coupled with extremely low availability (around 1.5%!) is leading to upward pressure on rents in the most favoured locations  as much as 9% up on the Antwerp-Brussels axis to  60/m²/year. Land prices remained stable in 2020 but are expected to increase in 2021. Looking forward, JLL also predicts that changing demand for buffer stocks, e-commerce and grocery distribution will result in new supply chain strategies, which will drive transaction volumes. Real estate is becoming supply chain real estate, with more emphasis on fulfilment centres, cross-docks, urban logistics and last-mile delivery platforms. In addition, automation and digitalisation of warehouses will be the trend and warehouses will become more and more sustainable: carbon-free, multimodal, energy-neutral, and looking after the well-being of workers.

Where the investment market for logistics real estate is concerned, Head of Capital Markets Adrian Glatt points out that while since 2008 across Europe, office investment has remained the most favoured investment class, there has nevertheless been a clear sector rotation observed. Investors have shifted from retail investments to logistics. The proportion of investment in industrial and logistics space represented 15% of total real estate investment across Europe in 2020, whereas up to 2016 it had always been below 10%.

The situation in Belgium reflects all of this. Volumes invested in industrial and logistics properties demonstrate record market activity, thus claiming the position of second largest asset class in Belgium in 2020 (13% of the volume against 9% in the previous 5-year period). The annual volume,  777 million, is double that of 2019 and a historical high, driven by logistics. As though to confirm the legitimacy of this trend, institutional investors and fund managers have turned to investment in logistics, accounting for 74% of the invested volume  exactly twice as high as the proportion for the past 5 years. This has compressed prime yields to 4.5%, hot on the heels of prime yields for office space and still likely to compress further.

In hard figures, 630 million Euros were invested in logistics space in 2020, more than three times higher than in 2019. Adrian Glatt believes that only lack of supply prevented this performance from being even higher. Investment in semi-industrial space was at 147 million Euros, almost a quarter down on last year but very substantially up on the five and ten year averages (+ 65% and + 88%).

The top two investment transactions of the year were that of a 127 million Euros AG Real Esate portfolio by ProLogis with buildings at Kontich, Beersel, Herentals and Milmort, followed by Weerts selling 7 sites (including at Liège Trilogiport) to Ethias for 90 million Euros.

Looking forward, JLL sees logistics still considered to be a winner of the crisis, with demand for this asset class remaining very high. Investor interest will focus on resilient supply chains such as in the food industry, pharmaceuticals as well as all e-commerce related business. The imbalance of supply and demand will further increase competition for available product.
LOGISTICS & INDUSTRIAL
Tim Harrup
12-01-2021
Tweet