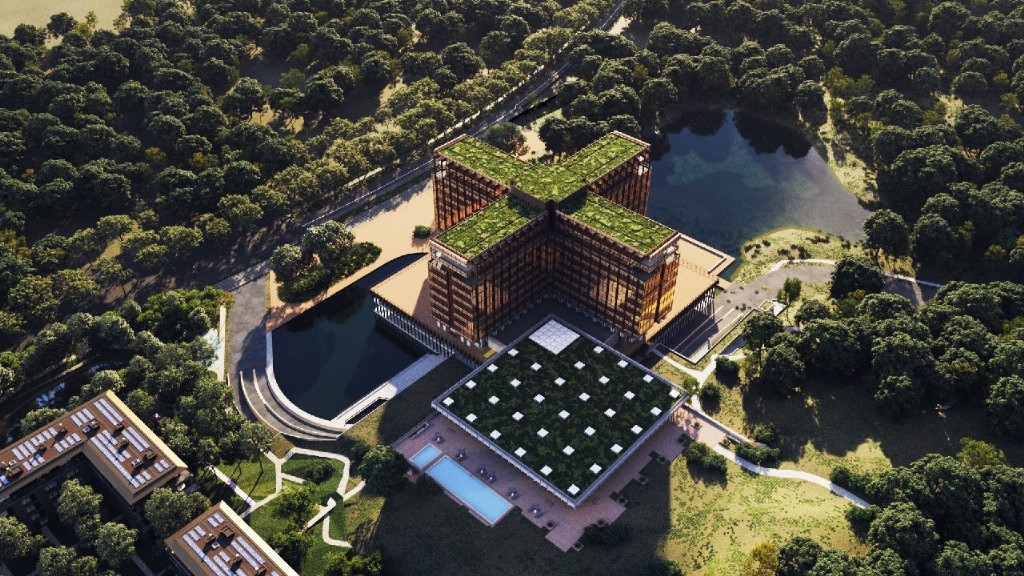 The transformation concept for the iconic former AXA headquarters building and its surrounding park is attractive. Barely 10 days after the announcement that Belgian private bank Puilaetco will move to the 9th and 10th floors of the central tower of the future mixed-use complex, law firm Claeys & Engels has now signed a 9-year lease contract to occupy the 8th floor (3,000 m²) of this building located at Boulevard du Souverain 25 in Watermael-Boitsfort. Around one hundred Claeys & Engels employees will move into the premises in 2023. *

When AXA left the premises a little over 3 years ago, the building belonged to Cofinimmo. From then on, inclusion on the heritage preservation list by the Brussels Region of the entire main building (as a monument) and part of its park (as a site) put something of a brake on the ambitions of its owner. The consortium of developers that bought the site a year ago  Cores Development, Urbicoon, Foresite and APE  have redesigned a future for this iconic complex.

The heritage building will house a hotel with 212 rooms and 21,000 m² of offices. The basement of the building (the 3 lower levels) are set to accommodate the hotel lobby, a 300-seat auditorium, meeting rooms, restaurants and bars, as well as a 4.400 m² sports and wellness club with a view over the park. This original reconversion project is being prepared by the team which has been established around the Anglo-Belgian tandem of architects Peter St John (Caruso St John Architects Llp) and Dirk Somers (Bovenbouw Architectuur), reinforced by DDS+, MA2 (Francis Metzger) and EOLE.

The Phoenix appears to be emerging from the ashes and should have a promising future.