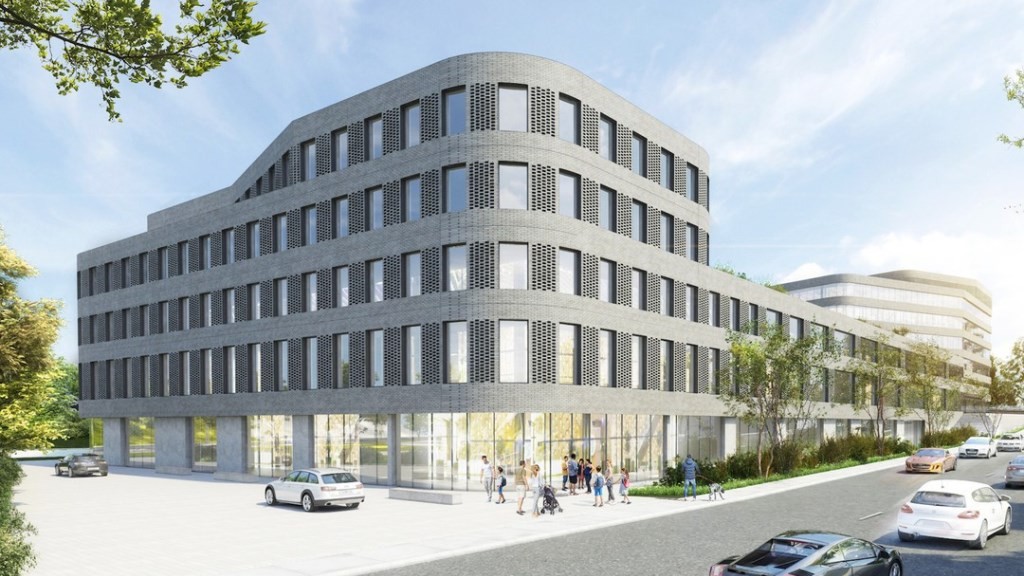 Named Ettelbruck One, a new mixed use project in Luxembourg to be developed by Landimmo Real Estate, will see offices, shops, services and cafes/restaurants on the site of the former Heintz van Landewyck cigarette factory. The architectural conception of the project has been awarded to Beiler François Fritsch architects, with the engineering element being undertaken by Jean Schmit Engineering for the technical portion and Schroeder & Associés for the structure. The project is scheduled to be completed by the end of 2023, a little under 3 years from now. The asbestos removal operation has been completed and demolition works are about to start. It is pointed out by paperjam.lu that this project forms part of the transformation strategy of the Landewyck group, which is to leave its Hollerich urban production site, along with that at Ettelbruck, and invest in a new production site at Fridhaff, close to Diekirch.

The built area of Ettelbruck One will extend to some 20,000 m² above ground and will represent a new southern entry to the town. The building will rise to a height of between four and seven storeys above ground, with two further underground parking levels. The building is aiming for Breeam Very Good certification for its office element. To this end, photovoltaic panels will be fitted to part of the roofing.

Where future occupants are concerned, the State has already rented half of the space, and will therefore occupy around 300 of the expected 600 workstations to be created. Jürgen Primm,Director General of Landimmo, is quoted by paperjam.lu as indicating that other negotiations are already underway: We also have a preliminary agreement with a crèche operator. And there will be other retail units which may result in a hairdresser, a bakers shop and a restaurant with a terrace.

As part of the Vision 2035 plan, this project fits in with the desire to redevelop the Nordstad area, which in the medium term will see the arrival of 35,000 new residents. In terms of accessibility and mobility, Ettelbruck One is close to the town centre and to the A7 motorway. A bus service leads to the railway station and cycleways are being planned.