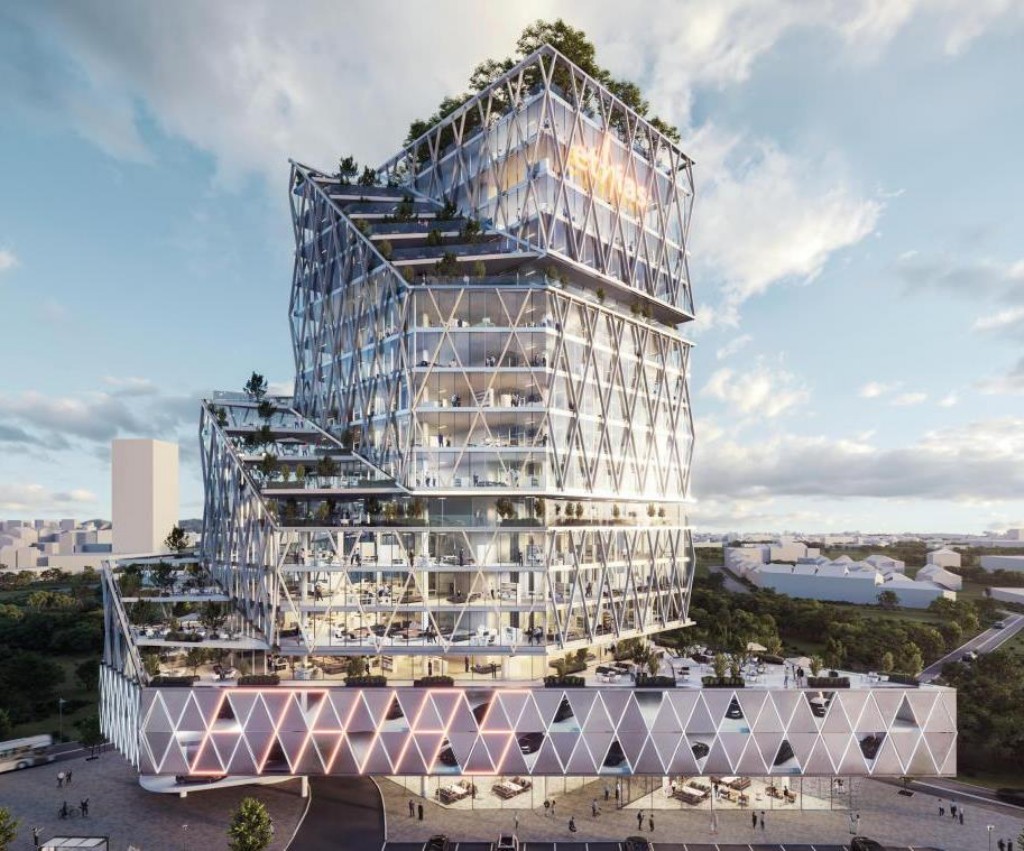 The dilapidated state of Ethias' Liège offices has prompted the company to move and house its 900 employees elsewhere. The insurance company is thus to leave the city centre and build a new property either at Droixhe or Coronmeuse, two districts undergoing substantial redevelopment.

The choice of Droixhe may seem surprising. But the company is looking to the future, though not necessarily in the very long term. The public authorities have already invested 100 million Euros for rehabilitating the housing stock. The refurbishment of certain industrial buildings is also in focus, notably the Chat Noir coffee plant (20,000 m²) and the former AB InBev bottling plant (25,000 m²). On The redevelopment project for the Halles de Foires (14,000 m²) where Liège Expo is to be located, is also on the table.

Ethias plans for the Droixhe site involve constructing a very contemporary 14-storey building designed by architectural firm Assar, on the site of one of the two housing towers that have been demolished.

A location in the Coronmeuse district would give way to a more conventional architectural project: an eight-storey building that would be located in the eco-district, opposite the old ice rink.