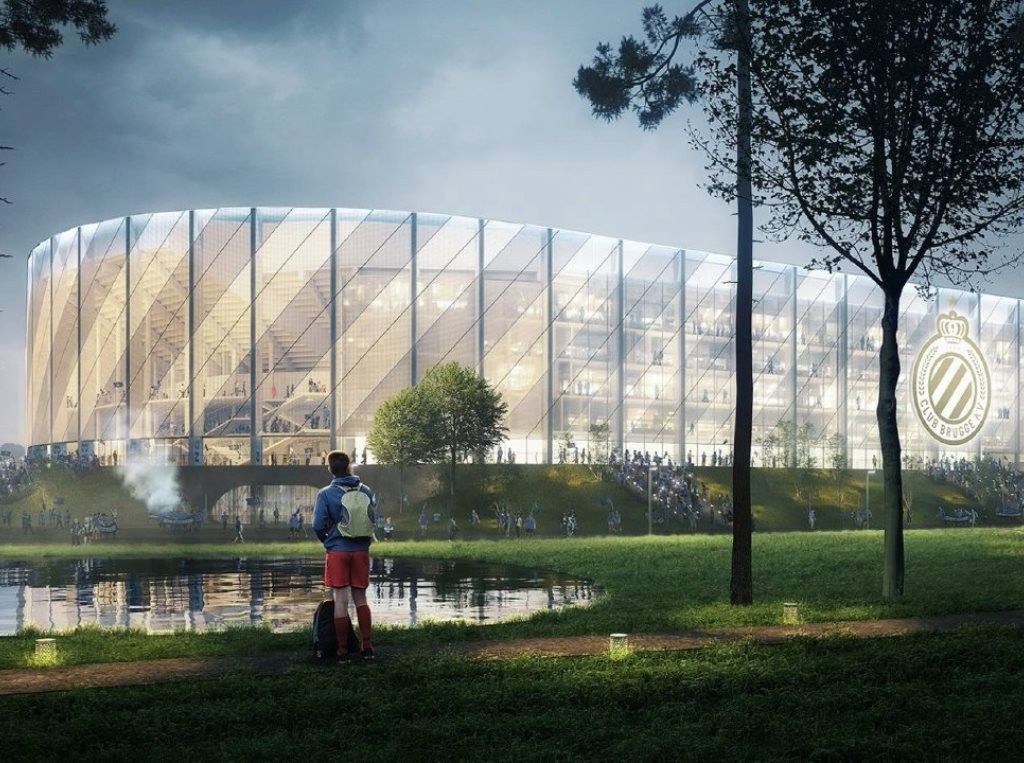 Good news for Club and Cercle Bruges: after a favorable advice from the Council of State, the light is on green, according to Flemish Minister for the Environment Zuhal Demir. The government approved the regional spatial implementation plan (GRUP) for a football stadium and business park along Blankenbergste Steenweg in Bruges. According to Cercle chairman Vincent Goemaere, the file could still drag on for years.

The new stadium will offer 10,000 more seats than in the old stadium, for a total capacity of 40,000 seats. Parisian architectural firm SCAU will draw up the plans, alongside its partners in the temporary association which won the design SCAU / Bollinger+Grohmann / Alheembouw n.v. / Cordeel België) contracts. The whole stadium will in particular be covered by a special type of highly resistant perforated textile covering designed by the Sioen Industries group.

To integrate the stadium into the surrounding residential areas, a park with ponds and accessible to local residents, outside of match times, will be laid out around the stadium.