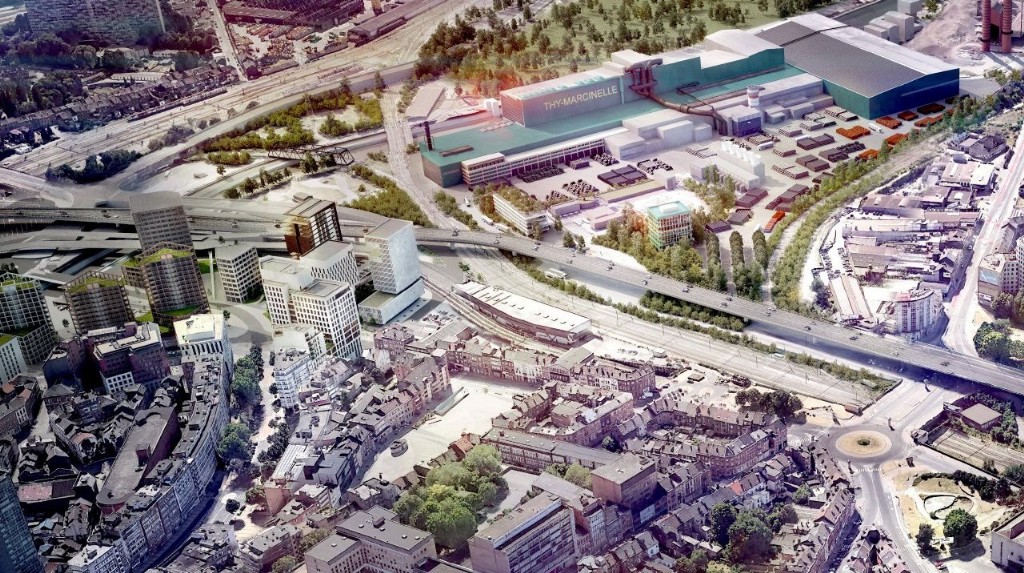 On the lower side of the Charleroi Ring,Thy-Marcinelle factory forms part of the direct skyline of the city centre | picture RIVA

On the lower side of the Charleroi Ring, alongside the Sambre and the railway, the Thy-Marcinelle factory forms part of the direct skyline of Charleroi city centre. Facing the other side of the Ring, the five future office towers, housing and the hotel of the Left Side Business Park, will have a bird's eye view of this factory.

Given the many urban redevelopments in the surrounding area, the integration of the Thy-Marcinelle plant along with the rationalization of their activities on the site had to be considered within a master plan. Designed in 2019 by the MSA / Benoit Moritz architects, this masterplan is constantly evolving. It now in particular takes into account the expansion possibilities offered by the Carsid site, directly adjacent to the Riva site and which is expected to be the subject of a buyout by Sogepa.

The development of the Thy-Marcinelle site is likely to take place in several phases. These will be in line with the different boundaries, like progressive concentric circles. The improvement of the site will first involve the plant site itself, with an urban woodland to be planted where the iron oxide residues are currently stored, very visible from the Ring. At the site entrance, a new 3,500 m² tower will be built. The Riva tower, named after the owners of the plant, will become the headquarters of the company. A large car park building for workers and employees will also be built at the entrance to the site. These two buildings, along with the wooded perimeter, will create a more pleasant foreground visible from the Ring by pushing the factory back to the visual background.