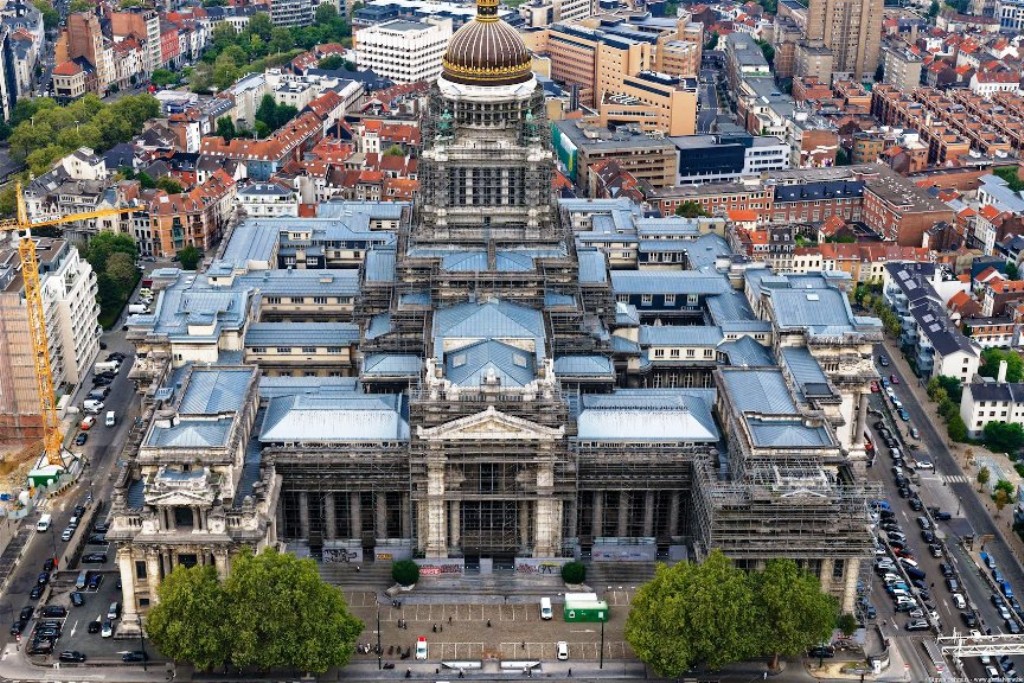 The State Buildings Agency (Régie des Bâtiments) has just released some news concerning the apparently never ending saga of the renovation of the Brussels Law Courts and of the eyesore which its scaffolding represents. It reads: The work to modify the scaffolding on the main façade of the Brussels Law Courts will begin during this month of March 2021. This is necessary so that the scaffolding can be used to carry out the restoration survey and the restoration itself of the façade. Trials will also take place to examine the anchorage of the façade stones. Commenting on the latest move, Mathieu Michel, Secretary of State for Digitalisation, charged with Administrative Simplification, the Protection of Private Life and the Régie des Bâtiments, states: It is now almost 40 years that the citizens of this country have been looking at the Brussels Law Courts with its scaffolding. Imagine if the Arc de Triomphe in Paris or Big Ben in London had been behind scaffolding for forty years, and the impact that would have on the image of France or the UK. These Law Courts are the largest in the world, located here in the capital of Belgium and of the European Union. I had committed myself to considering the restoration of the Brussels Law Courts as a priority. The installation of this worksite demonstrates my determination to make progress in this direction. Where timing is concerned, the Régie says that the first phase will involve the Place Poelaert side, including the base unit of the dome. The other facades on the Rue des Minimes, Rue aux Laines and Rue de Wynants will follow. The objective is to finish these works and to be able to remove all of the scaffolding by 2030. This topic recalls a cartoon published in Le Soir some years ago and whose author, we regret, we do not recall, but we thank this author and Le Soir anyway. Two people are looking at the Palais de Justice and one says to the other: But its not the Palais which is a listed monument, its the scaffolding