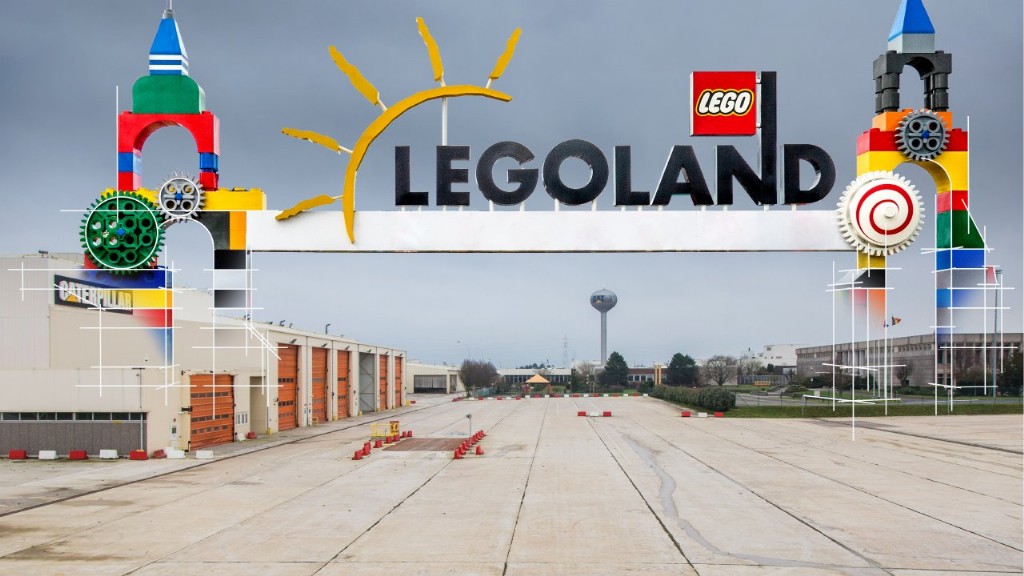 After examining several options for the establishment of a fourth Legoland park in Europe, in particular in the Benelux and the North of France, the British group Merlin Entertainments has confirmed that it is favouring the former Caterpillar site at Charleroi, for an opening by 2026.

The plans under study envisage the establishment of the theme park and a 250-room hotel on two thirds of the site (70 hectares). The remaining part of the site (around 26 hectares) is considered as a possible expansion area or a green zone. Inspired by the Legopark built in New York City, the theme park is expected to attract up to 1.7 million visitors in the first year.

According to a feasibility study co-financed by Sogepa and the Merlin group, the technical and financial viability of the project in Charleroi is not in doubt. This study describes Legoland as unique with a strong identity and unique design when compared to local competitors such as Walibi, Plopsaland or Pairi Daiza.

In terms of employment, the site is expected to create 800 direct jobs and 640 indirect jobs in the first year.