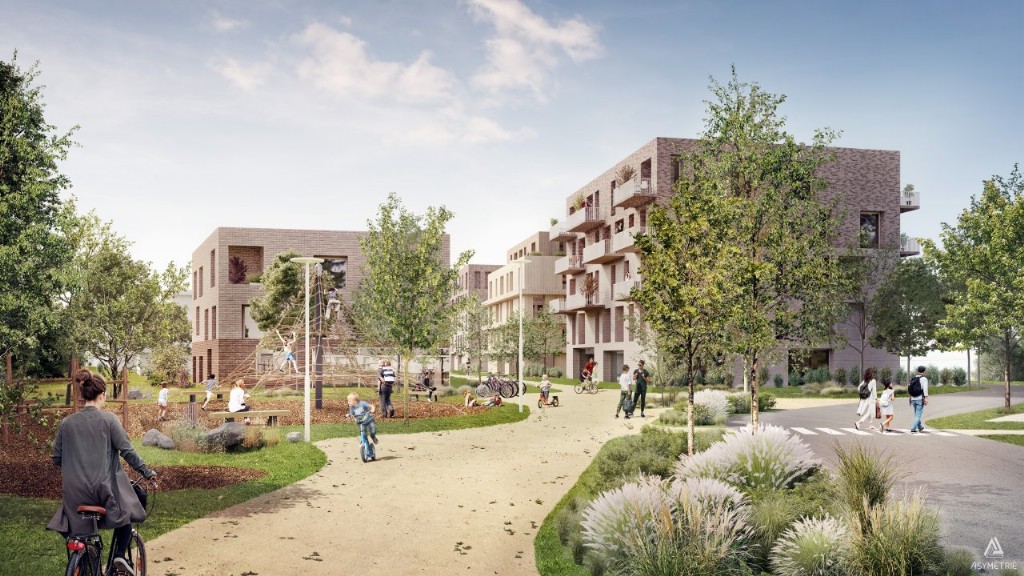 BPI Real Estate is planning the creation of a new district at the edge of Ottignies station, a strategic rail communication hub that has become the busiest in Wallonia. The developer is aiming to develop a new village composed of almost 900 housing units on a 10 hectare site formerly occupied by the Benelmat company. This equates to an average of around one hundred housing units per hectare.

Urban architect Benoît Moritz (MSA Office), who has drawn up the masterplan for this complex, explains one of the specificities of this district of the future. This project fits clearly unto the concept of the quarter hour city an innovative concept being adopted by many public authorities throughout Europe and which proposes that the sustainability of a territory is dependent on the accessibility of its facilities, shops and services, which should be within a radius of 15 minutes on foot, by bike or by public transport. The site will be structured into various housing complexes designed by teams of different architects. 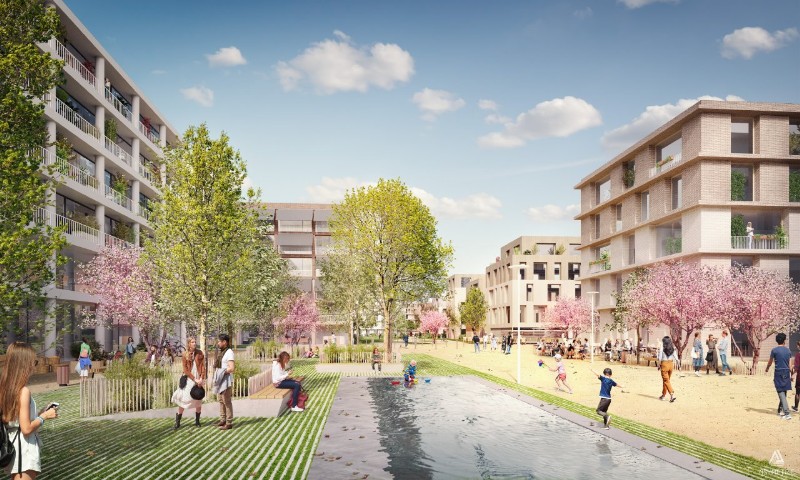 Another aspect which is relevant to the sustainability and circularity of the project is the rehabilitation of a vast dilapidated site, largely waterproof (concrete slabs, gravel, etc.) and polluted (SNCB embankments). This project therefore forms part of the fight against soil waterproofing and against urban sprawl into the surrounding areas.