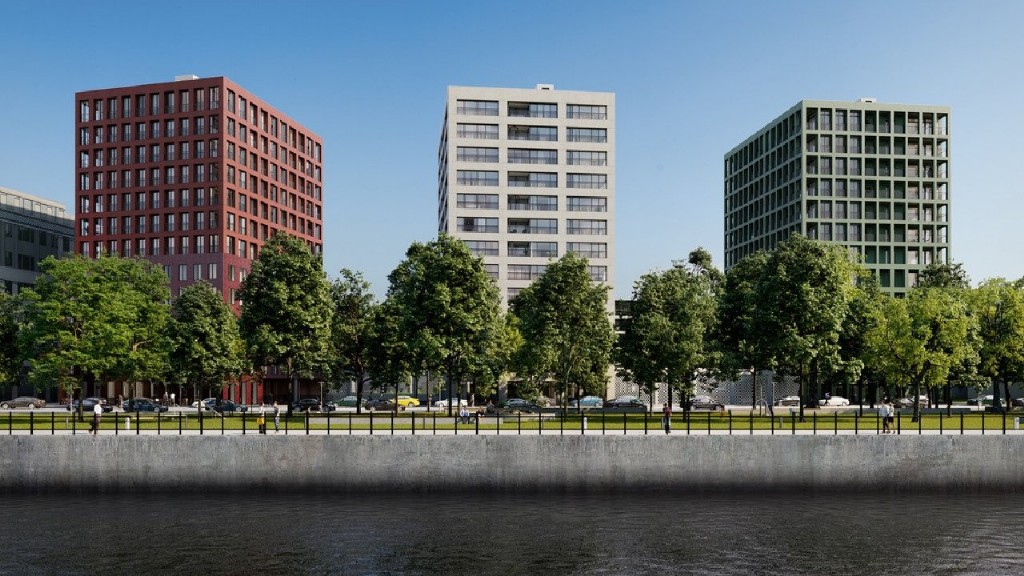 Pascal Smet, Secretary of State for town planning for the Brussels-Capital Region, has confirmed the granting of the town planning permit for the project of Flemish developer Triple Living along the canal in Brussels on the site of the former headquarters of KBC, alongside the Tour & Taxis site.

The project consists of pulling down part of the KBC bank buildings on the Avenue du Port to build three mainly residential towers (216 apartments) along with a 139-room hotel, almost 1,600 m² of office space, a few shops, a creche and a gym. The mixed project designed by the temporary association  Office Kersten Geers David Van Severen, Nicolas Firket Architects, Bureau Bas Smets  won the architectural competition. The overall plan provides for the extension of the Rue Le Lorraine within the block, making it possible to re-establish the connection between the district located behind the deserted office complex and the canal with its future park in the Béco basin.

According to the project leaders, the work should begin in early 2022 for a period of three years. 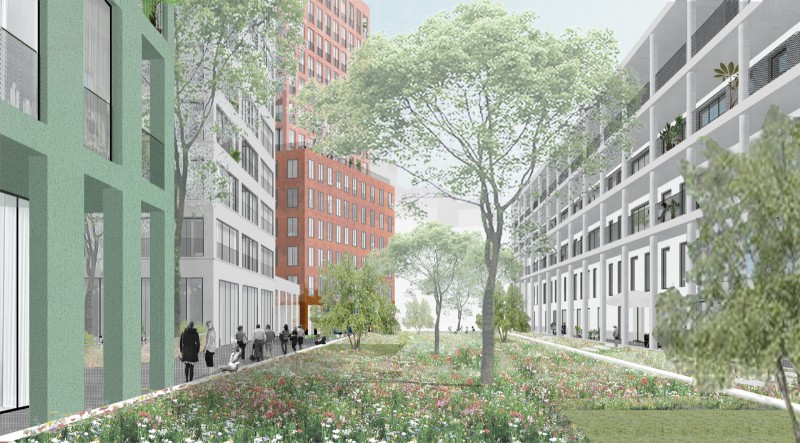