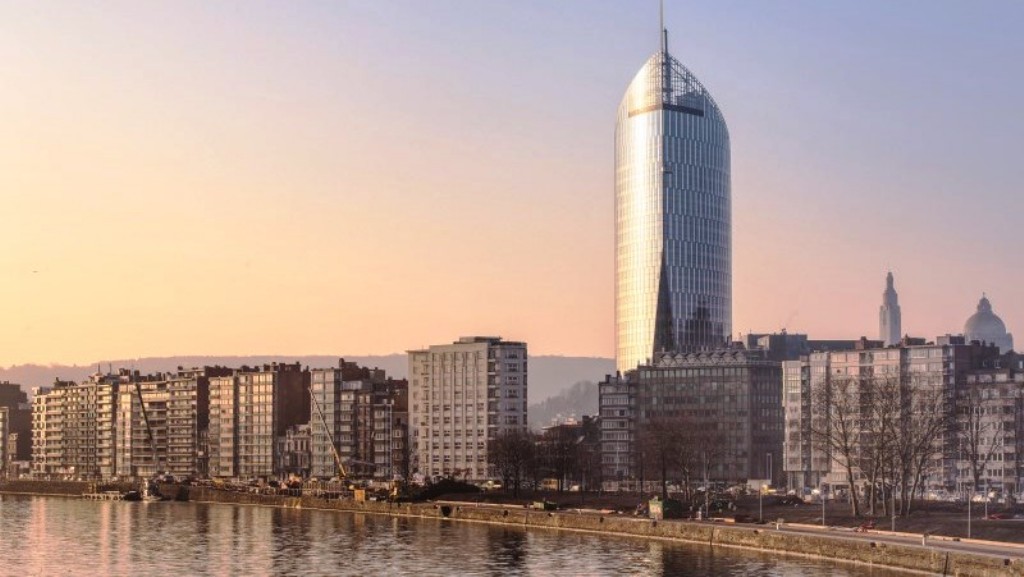 With a stock of 614,000 m2, Liège is Belgiums fourth largest office market after Brussels, Antwerp and Ghent.

JLL begins its analysis of the Walloon office market with a word about the very important place of the bio-pharmaceutical industry in Belgium and the Region. Belgium, says the broker, is a key player of bio-pharmaceutics in Europe, supported by a solid industry comprising large corporates, SMEs, spin-offs and start-ups. According to the industry association Pharma.be, the sector totals 226 firms and 38,500 direct jobs across the country. On top of this, in Liège, a new biotech park is planned next to the Mont Legia hospital. The Legia Parc will total some 30,000 m² and will add to the existing Sart Tilman science park next to the University of Liège that comprises a small part dedicated to life sciences. As of today, little research has been published about life science real estate, but institutional investors are demonstrating a rising interest for this type of asset.

Turning to the office market as we generally see it, JLL says that Wallonia has long been way behind the other two administrative regions of Belgium in terms of office project development. The stock was old, and gave an old school image of a static office market. Authorities were not quick to support new developments. Only three cities have a recurring occupier activity: Liège - which is Belgiums fourth largest office market after Brussels, Antwerp and Ghent with a stock of 614,000 m², Namur (481,000 m².) and Charleroi (210,000 m² excluding science parks). Mons recorded significant activity in 2020 in relation to several large one-offs by local authorities, but in normal times this market is virtually inactive.

Office take-up in the four main cities in 2020 came in at a record high of 120,400 m² which exceeds the 2015-2019 average by 183% and 2019 by 69%. This contrasted with the performance of Brussels (-39%) and Flanders (-20%). The green deal by administrations boosted demand as they contributed to 82% of occupier take-up. The average transaction size illustrated the exceptional character of 2020: from an average 1,550 m² in the 2015-2019 period, it more than doubled to 3,550 m². Namur largely contributed to this outperformance with a share of 44%. The transactions by regional authorities acted as a strong support. In addition the police of Namur and the Justice department will bring their services together in a brand new Law Courts of around 35,000 m² developed by AG Real Estate. It is the second largest transaction ever in Wallonia, after the letting to the SPF Finance of the Tour du Paradis in 2009 (39,000 m²). Compared to Brussels and some Flemish cities, immediate vacancy in the Walloon cities is very low, as such reflecting the long period of underinvestment in quality office space. JLL estimates the immediate vacancy in Liège at 15,375 m², a vacancy rate estimated at 2.5%. This figure has been very stable over the last 5 years.

Ongoing or planned projects are increasingly part of wider mixed projects. The Rives Ardentes in Liège, a redevelopment of an old industrial site along the river Meuse at the east of the city, totals 230,000 m² and will offer up to 1,325 new housing units. Insurance company Ethias selected this project to host its future headquarters of 15,000 m². The planned redevelopment of the football stadium of the Standard de Liège will comprises 14,000 m² of offices alongside the retail and sport facilities. Similarly in Namur Besix REDs ex-Côté Verre project comprises 10,000 m² of offices, 12,000 m² of residential and 18,000 m² of retail. It should be completed by 2026. Further to the east in Jambes, Eaglestone has started a new phase of its Aquilis project, a first unit offering 5,000 m² is nearly completed, and another phase of 10,000 m² is planned. In total, Aquilis will offer around 20,500 m² of offices and 10,000 m² of residential. Last but not least, in Charleroi the Ohr!Zons mixed project. It is located along the river Sambre around a marina at walking distance from the train station. Here, 30,000 m² of offices are planned, of which some 6,000 m² are prelet to FGTB, a project which is close to completion.