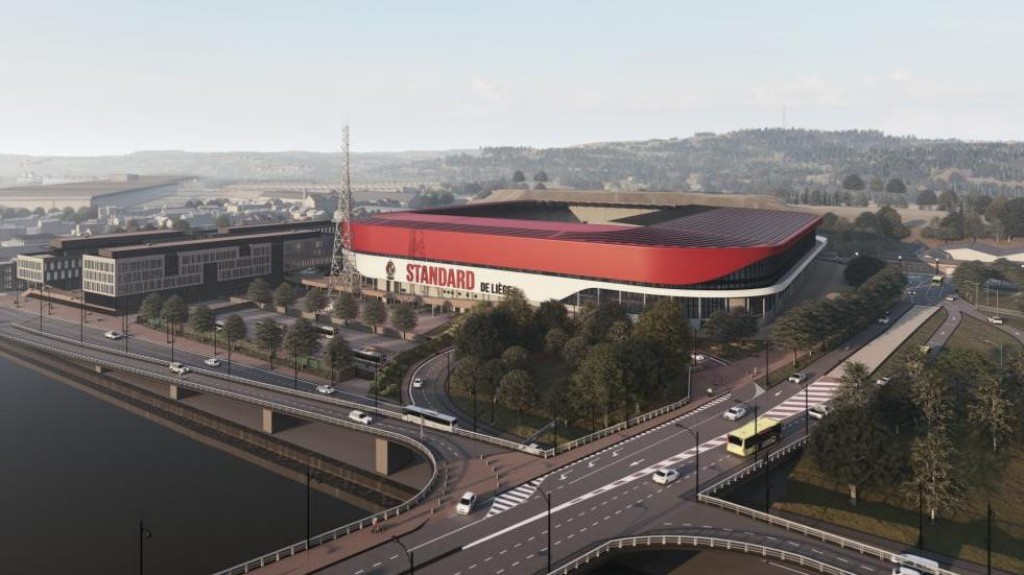 After numerous revisions of the project, the Walloon Region has finally given its agreement to Standard de Liège for the construction of its new stadium on the banks of the Meuse in Sclessin. The objective of the transformation is to increase the capacity of the stadium by 3,300 seats to arrive at a total of around 32,000 seats, all located at 360 degrees around the stadium.

The creation of an esplanade will make it possible to welcome spectators before and after the match, no longer on public spaces as is the case today.Six reception levels are provided inside the stadium; all accessible from this esplanade.The project also schedules the construction of a series of buildings around the stadium: offices (6,000 m²), retail space (1,000 m²), a nursery (400 m²), a laser game complex (2,000 m²), a wellness and health area (500 m²) along with a museum relating to the history of the Standard club and the location. Assar architects have been mandated with this transformation. The total budget for the construction is around 100 million Euros. Works are expected to take place in different phases and to be spread over several years.

In this video, you can visualize the site and the stadium before and after transformation >>

Video : with the courtesy of Assar Architects, realization by Marc Detiffe