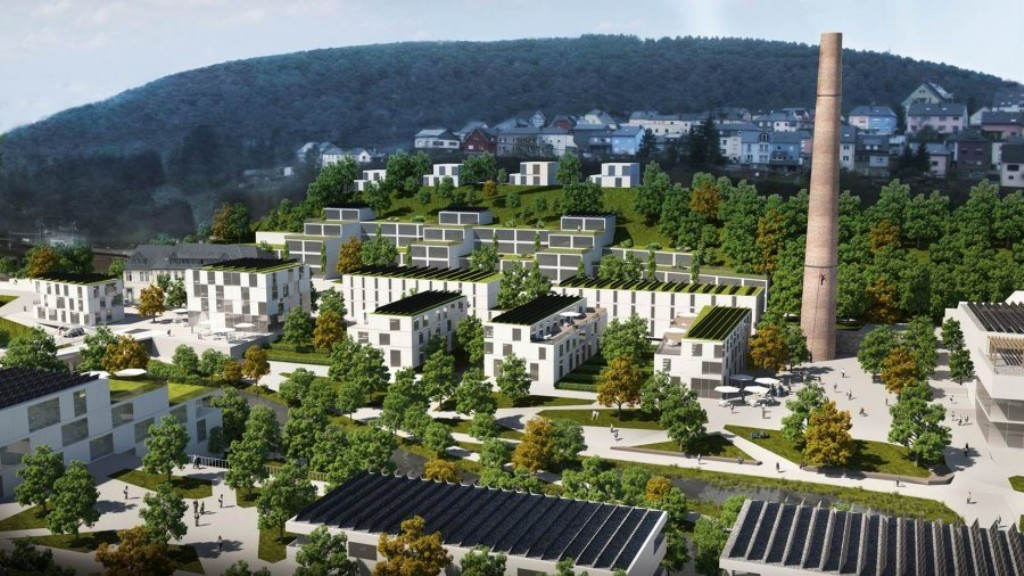 The major Wunne mat der Wooltz town planning and development, in terms of its financing, is the subject of legal acts in the Grand Duchy of Luxembourg, which will see special funds being used to contribute 286 million Euros to the financing of this project.

The objective of the project is to provide a large amount of affordable housing in Wiltz, to the north of Luxembourg city and not far from Bastogne (around 20 km). The 870 residential units being scheduled will be able to accommodate some 2,000 inhabitants. The state body is in fact the main player in this project, being behind the vast majority (833 units) of the housing to be built. Along with the housing, Wunne mat der Wooltz, will also include a primary school, retailing and some office space. Around 70% of the subsidized units will be for rental, and 30% available for sale on 99 year leases. View the video to understand this major town planning development. Master plan wit aerial views showing the different districts >>

The principles of the circular economy and of sustainability are central to the project. In concrete terms, this means that shared and communal gardens, a cooperative cafe, bike sharing will form part of the project. Self-sufficiency in energy is also planned, with low temperature urban hearing, photovoltaic panels and positive energy among specific features.

There will be two phases to the project (and the financing), the first of which will involve the cleansing of the former Tarkett-Eurofloor industrial site, now disaffected. This part of the project will also see the creation of the necessary physical infrastructures and will require the course of the adjacent river Wiltz to be slightly modified.

The second tranche of the financing is for the construction of the apartments themselves along with the communication routes and the green areas. In terms of timing, the cleansing and infrastructure works are scheduled for 2021  2023, and the construction of the first apartments for 2022  2024. On its website, the Fonds du Logement points out that a second project in Wiltz, named Haargarten, is also planned with the local commune. This will increase the total number of housing units to around 1,000 and the total site areas to 35 hectares.