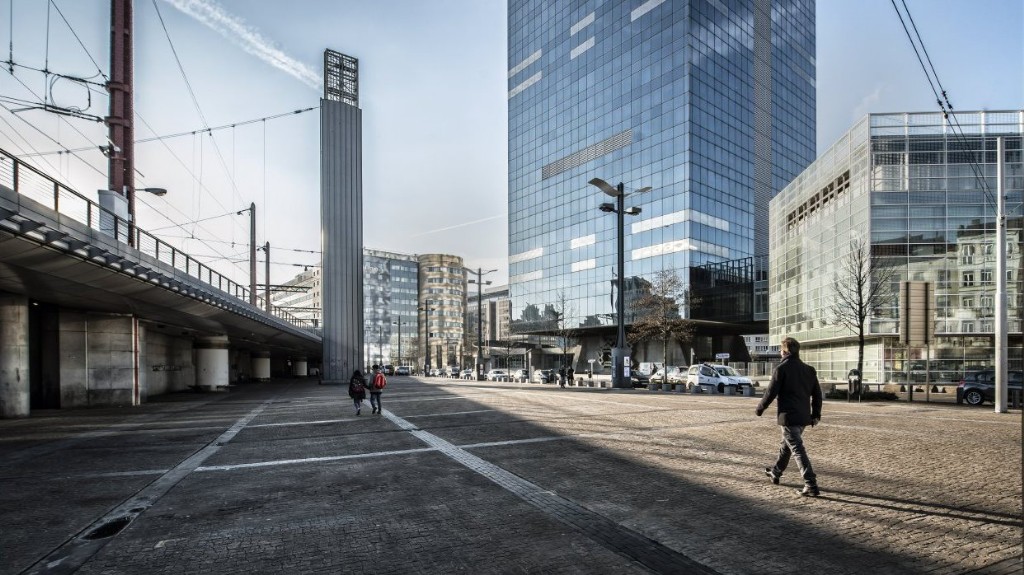 In 2013, architect-urban planner Djamel Klouche was commissioned by the Brussels government a master plan for the Midi station district development based on the concept of a living station which aims to ensure a functional mix in this district by providing offices, housing, retail, public facilities and lively public spaces. The conceived master plan (PAD) has just been adopted on first reading by the Brussels government.

The area reserved in the masterplan fore housing has increased from 66,000 m² to 255,000 m². More space will also be allocated to shops, services and catering. The public spaces around the station will be redeveloped and greened. A public park of around 2.6 hectares is also set to see light of day around the river Senne where it is above ground at the Deux Gares islet.

The area scheduled for offices decreases from 438,500 m² to 426,000 m². Most of the office space will be newly created (58%), half of which will be for the new SNCB and Infrabel headquarters (75,000 m²). Rudi Vervoort, Minister-President of the Brussels Capital Region, has specified that he does not want a 56,000 m² office tower on the Tintin block as envisaged in the PAD, a project supported by a partnership between Atenor and BPI Real Estate Belgium. As the stock of empty offices grows due to the rise of teleworking, the allocation of office space is likely to change again.

The overall density projected for the district increases compared to the current situation, the ratio between the surface of the habitable floors and the surface of the land increasing from 2.7 to 3.67. A benchmark with the neighbourhoods of similar stations such as Rotterdam, Lyon Part-Dieu or London Saint-Pancras shows that these have a building density very similar to that projected for the Midi station district.