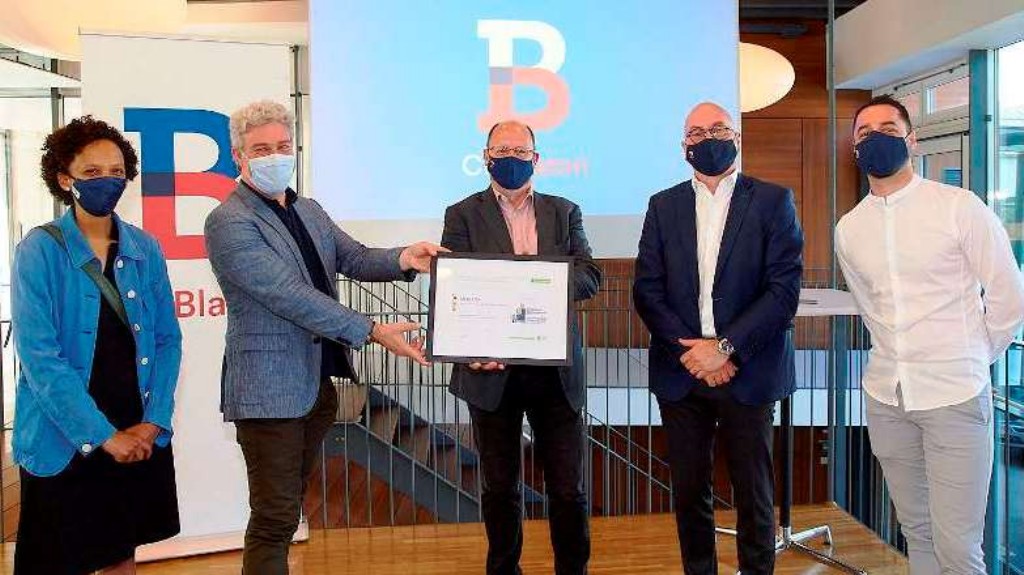 The ecologically-friendly aspect of the real estate industry is becoming more than just important, it is becoming crucial. No major project is announced without mention of its environmental characteristics, its BREEAM certification, energy efficiency, ease of (soft) access So the awarding once again of a prize in this domain to one of Belgiums most active constructors (CIT Blaton) is worthy of note.

For the second year in succession, construction company CIT Blaton has been awarded the highest distinction (3-star) of the Ecodynamic Enterprise Label. This Brussels Region award was handed over this week by Environment Minister Alain Maron and Secretary of State Barbara Trachte. The award is under the sponsorship of Bruxelles Environnement.

This award recognizes the performance of companies in the areas of energy consumption, sustainable mobility, the purchase and use of sustainable materials and the sorting of waste. Going beyond the integration of these concepts within the company itself, where a construction company such as CIT Blaton is concerned, it extends to the projects it develops: passive housing, renovations, very low energy constructions, ground sanitization and sustainable districts among others.

Companies wishing to be considered for a Brussels Region award, or wishing to find out more about the requirements, can do this by visiting the official website.