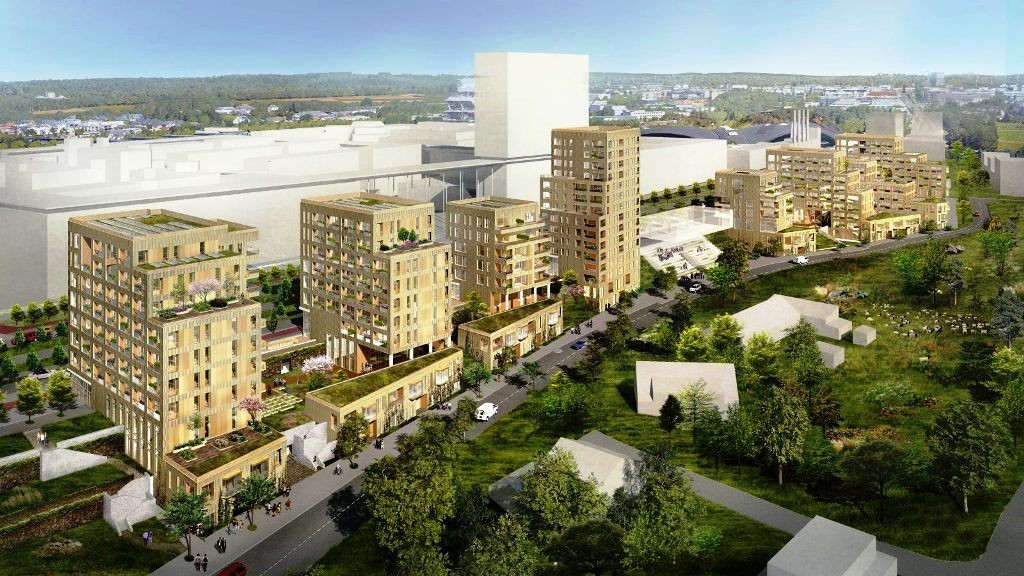 In the Grand Duchy of Luxembourg, one of the largest development zones is the Kirchberg Plateau. Located just a kilometer or so from the very centre of Luxembourg City, this area is supported by the Kirchberg Fund, which has recently outlined its long term ambitions for the zone.

One of the first and most telling figures to emerge from the annual report of the Kirchberg Fund is the goal of seeing around 27,500 inhabitants living in Kirchberg by 2040. This would represent a seven-fold increase over the current 4,000 inhabitants. It is relevant to note that within a context where around 12,000 commuters com to work at Kirchberg every day, projects such as Immobels Infinity (residential, offices and shopping) are likely to make the zone more attractive to residents. The number of people coming into Kirchberg to work is also expected to increase exponentially, rising to 66,700 by the same date (2040) according to the Fund.

The Fund itself is also, obviously, investing in the Kirchberg Plateau, and once again the quality of life is a focus, with green areas and communication routes prioritized along with buildings. In fact just over half of the money so far invested by the Fund (31 million Euros in 2020 and a total of 511 million over the past two decades) has been in the domain of infrastructures including green areas, and just under half in actual constructions. On its website and under the title Living District the Kirchberg Fund outlines around ten other residential projects in the zone. As an example of how it intends to create the quality of life it is aiming for, of one of these zones (JFK South Zone A) the Fund says: the project is placing small squares and interior courtyards at the centre, connected by gateways that will allow residents to walk between the buildings and to meet with neighbours. As an example a new project scheduled for 2023 will see a temporary garden hectare site in front of the Law Courts once the former Jean Monnet building has been demolished. The tiered architecture oriented towards the south-west gives the opportunity to take advantage of the roofs to install green, sunlit terraces there which are open to co-ownership. The underlying masterplan also allows the suns rays to penetrate in, and ensures a view towards the neighbouring countryside.

Another example of how the aim is to create a mixed use and sustainable area comes with the Funds ambitions for the Kuebebierg City Farm: Continuing the logic of creating short travel routes, the Kirchberg Fund is targeting multifunctional farming activities with economic, environmental and socio-cultural services (grazing, market gardening, arboriculture, sales, educational visits, environmental events and awareness-raising, and an agro-tourism offering). The areas to be reserved to provide an economically-viable farm are 600 m2 for the building, 3,000 m2 for glasshouses and 65,000 m2 for grazing.

Where residential accommodation is concerned, the Kirchberg Fund is scheduling a total of 7,000 new housing units. It is also proposing to create common car parks in order to limit the nuisance cased by cars in these residential zones. One such car park  Gernsback with almost 600 spaces  is already open. Soft mobility is being encouraged, among other, by a probable extension of the tram from the City to Kirchberg.