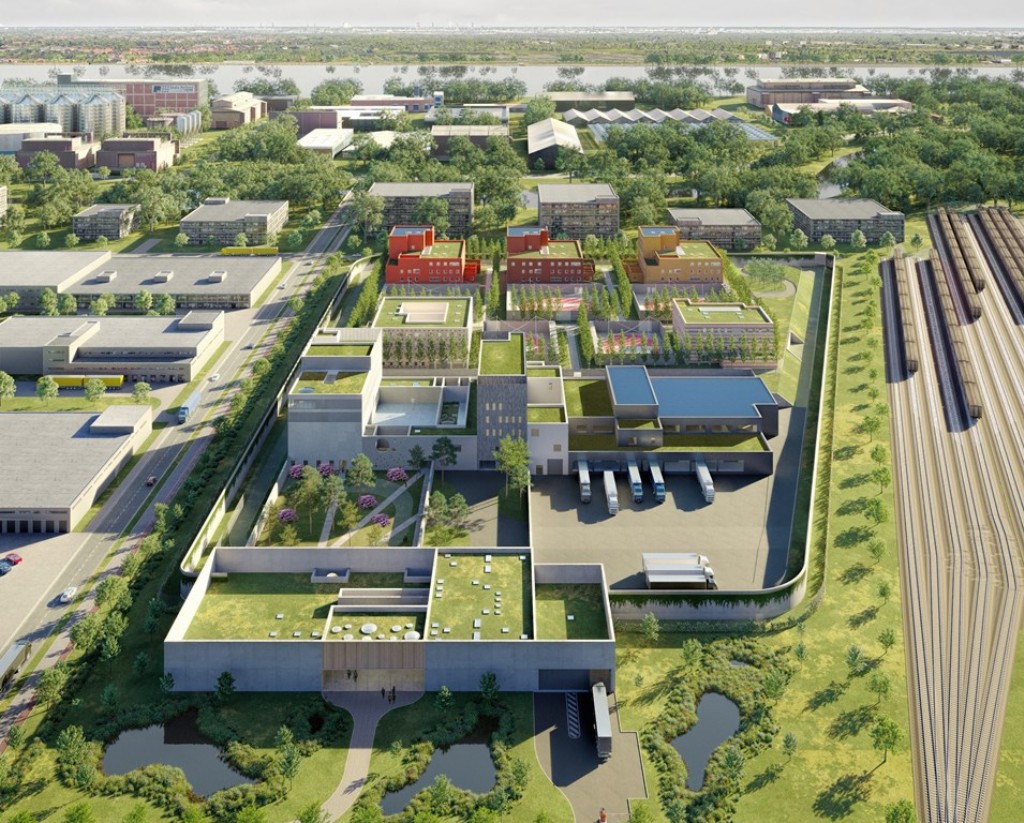 More detail has emerged about the new prison to be constructed in Antwerp in the Blue Gate district. The Council of Ministers, on the proposal of the Minister of Justice, Vincent Van Quickenborne, and of the Secretary of State in charge of the State Buildings Agency (Régie des Bâtiments), Mathieu Michel, has announced that it has selected the winning consortium for the public contract related to the conception, construction and financing of the new prison (DBFM contract) .The consortium is known as Hortus Conclusus, and is under the leadership of Kristien De Vries.This consortium includes Hootsmans architectenbureau, ARCH & TECO Architecture and Planning, Bureau Bas Smets, Ingenium, Jan De Nul, EEG, Envisan and Facilicom Facility Solutions.

Following the construction of the spectacular new Richard Rogers designed law courts on the south western edge of Antwerp city centre a couple of decades ago, the legal system in the Flemish city is thus now to see itself provided with a new prison. Works on the 40,000 m² buildings on a seven hectare triangular site are set to begin during the second half of next year, when all the relevant permits are in place, and are scheduled to be completed at the beginning of 2025. The new prison will be located alongside Blue Gate Antwerp (Petroleum-Zuid) and will thus be close to the law courts. Access will be from the south. It will replace the current prison on Begijnenstraat which has become obsolete. 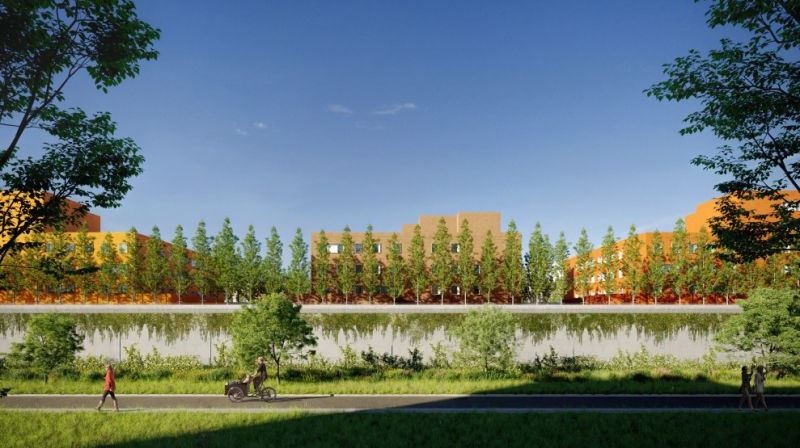 The new prison will be able to accommodate some 440 inmates  330 men, 66 women and 44 persons in a medical/psychiatric unit. Federal Justice Minister Vincent Van Quickenborne speaks of the necessity of detaining people in adequate, suitable and human conditions, and this stipulation was part of the masterplan. He also talks of being in line with international standards and of giving sense to the fact of being incarcerated. On the same theme, the Régie des Bâtiments evokes the reinsertion of former inmates into civil society at the end of their sentence, and of giving the legal system the means to carry out its responsibilities. 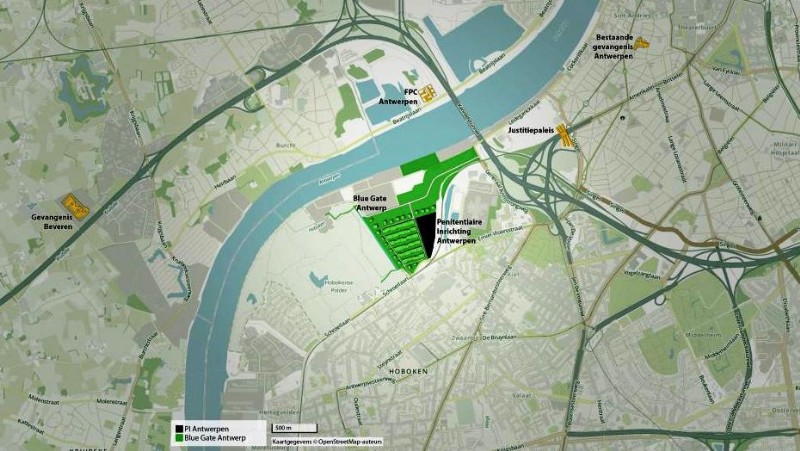