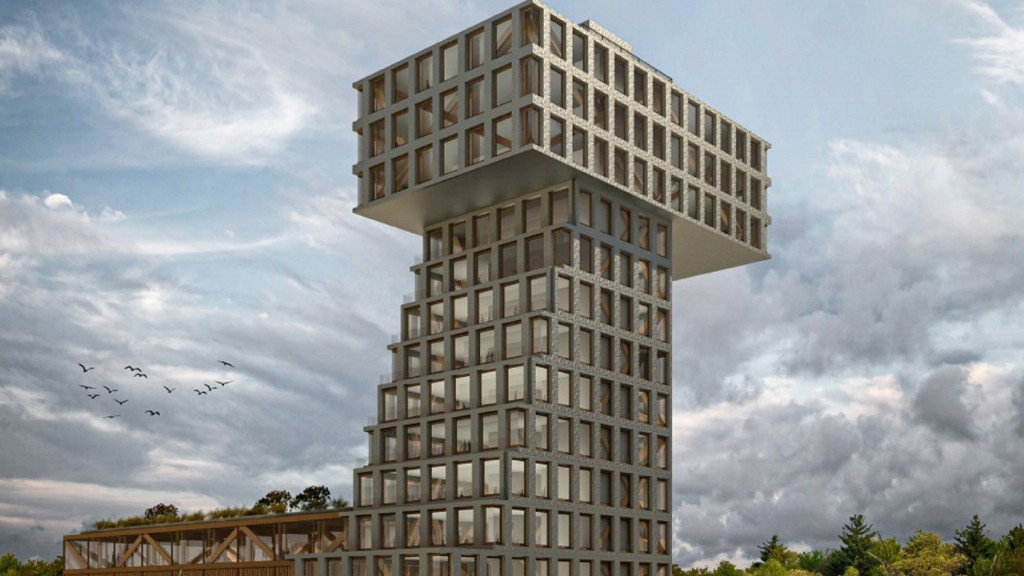 The 14-storey retail and office tower entirely in wood considered to be build on the former Ford site in Genk.

Limburg family business Machiels has plans to build a 14-storey retail and office tower entirely in wood on the former Ford site in Genk. This could give employment to some 2,000 employees in the coming years. The Group plans to build the tower via its subsidiary Machiels Building Solutions, specialized in timber frame construction. The construction of an 80-metre high wooden tower is also planned in Antwerps Nieuw Zuid district, but the inner structure here would be of steel and concrete and only the outer structure and cladding are to be in wood.

The Machiels group is active in real estate, renewable energy and environmental management. The Group is also behind the redevelopment of the Ford site, after the American automaker turned off the lights in 2014 and laid off 4,200 employees. The 134 hectare site is divided into three zones. The Machiels Building Solutions factory was the first company to become operational, ten years after the Ford plant closed. In zone B, closest to the Albert Canal, the group is building the Port of Limburg container terminal together with logistics company H. Essers, which will keep 175,000 trucks trips off the road. In zone C, British logistics company Eddie Stobart is the first customer of Genk Green Logistics, a project of Machiels and real estate developer Intervest.

For the wood tower project, Machiels is working together with Limburg Provincial Development Company (LRM), Vlaio and the city of Genk. Talks regarding the permits are underway.