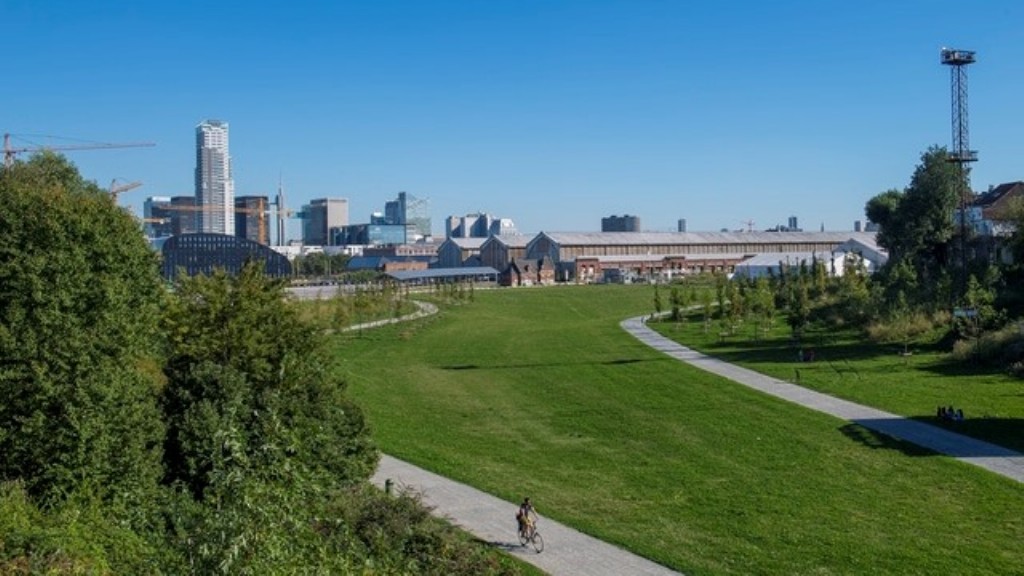 The Tour & Taxis project is continuing with its spectacular development path. Along with the ongoing constructions/renovations, site owner Extensa has now announced a major new (second) residential programme, to be given the evocative name Lakeside. An architectural competition has been launched with the objective of designating four or five bureau, each to be mandated with a part of the new development.

It is specified that the architects will have to work with a study bureau and with a local team which specializes in sustainable development. Rotterdam bureau MVRDV is in charge of the masterplan, acting as what is referred to as an Urban Supervisor. Landscaping will be by Bureau Bas Smet. Each parcel to be developed by the selected architects will be of a size between 8,000 and 20,000 m².

One of the objectives of the new development is that it should be a five minute district. Aurelien Gillet, development manager at Extensa, explains that this means that everything required by inhabitants should be located within 5 minutes walk: childrens play areas, sports hall, local library There will also be a considerable amount of green space (Tour & Taxis already boasts a nine hectare park and a first residential zone called Park Lane). Another of the characteristics will be that the zone is car-free, this taking account not only of the desirability of such a district, but also of the fact that 400 homes are to be provided for modest income families.

Interested architectural firms that want to participate in the competition can submit their candidacy until September 17. Around mid-October, Extensa will announce the composition of the design team.

The news of Lakeside comes hot on the heels of other progress on the Tour & Taxis site. The main residential towers from Park Lane are emerging from the ground and the apartments are being actively marketed. The Gare Maritime has already attracted not only some major tenants (Accenture, Publicis, Regus, BSS/Bosch and soon Bruxelles Formation) but also international recognition including a number of awards and nomination for the Mipim Awards 2021 to be celebrated next week in Cannes at the Mipim (September 7-8). Belgian real estate show Realty will also take place in the Gare Maritime for the first time this year (September 21-22).

Where mobility is concerned, the new Suzan Daniel bridge, which will link in a direct line the Tour & Taxis site to the nearby North Station, is finally in place and ready to be completed. This bridge will be for public transport, pedestrians and cyclists only but marks a major milestone in accessibility, breaking down the barrier currently constituted by the canal.