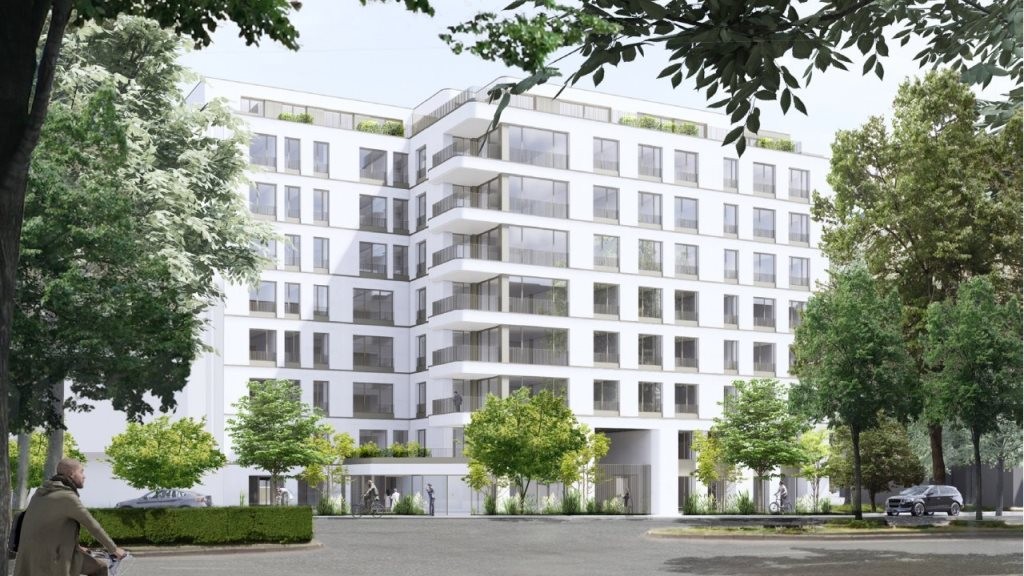 A substantial project to convert an office site into a mixed use residential project is underway right in the heart of Brussels alongside Montgomery (Woluwe Saint Pierre). Mandated by developers Belfius Insurance, BPI Real Estate and Burco, Assar Architects are charged with giving a totally new life to this complex of three buildings amounting to some 12,000 m². The complex as it currently stands, dating from the 1970s and formerly occupied by the INAMI, includes a building on the Avenue de Tervuren side, a building on the Rue du Collège Saint Michel side and a central building. The project as designed by Assar comprises a total renovation of the major part of the two existing buildings fronting onto the roadways, and the demolition-reconstruction of the central part known as Loft. Conforming as far as possible to the concept of circularity, the existing concrete structure is being re-used for the construction of 52 apartments and two office areas at ground floor level.

 Where the central Loft portion is concerned, the demolition-reconstruction will see the creation of new divisible office areas and will include an intensive green roof. The basements will be renovated to accommodate 104 parking spaces. In terms of internal landscaping, the interior of the lot, which will be accessible via the Avenue de Tervueren, will be laid out as a green walkway and three private gardens. On the street side, the recessed area will be laid out within the same spirit. Assar Architects go on to point out that the mixed use nature of the project is translated by the creation of three different buildings and an interior garden. These buildings, with their own functionalities, remain autonomous while being interconnected via the common interior garden. This all results in four elements making up the programme: the Tervuren Square (ground floor + 8) and the Collège (ground floor + 5), both used for housing and offices; the Loft (ground floor) is for offices, and then comes the interior garden.

Among features and functions built into Tervuren Square are intelligent parcel boxes for the delivery of goods purchased on-line, installed close to the entrance halls. Along with this, around 15% of the underground parking spaces will be pre-equipped for the installation of electric car charging points. These charging points are directly connected to the individual private meters. And finally, the configuration of the apartments allows for the possibility of joining two apartments together into one large family unit.

Delivery of this project is currently scheduled for 2024.