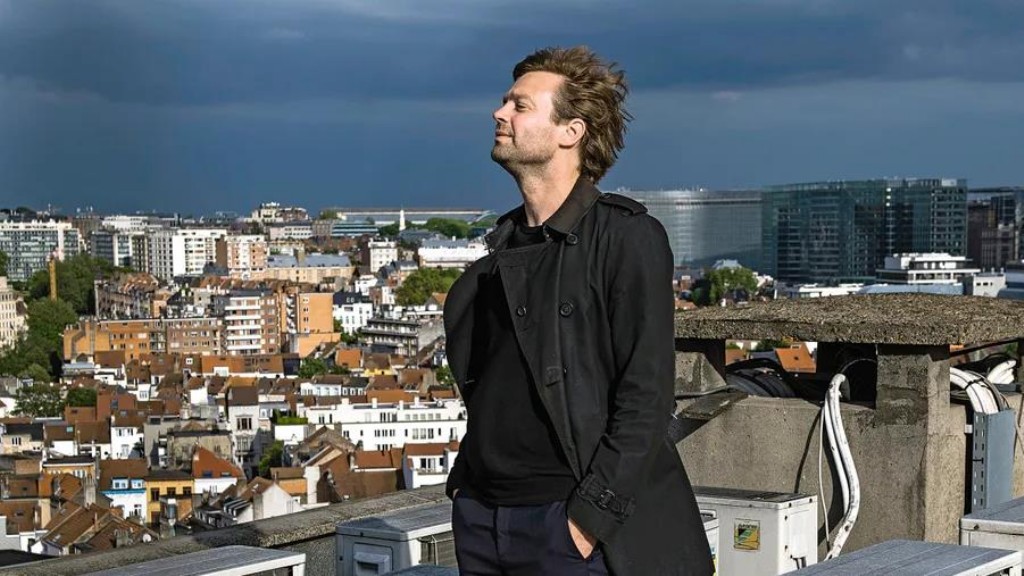 For the first Lunch with an Architect for eighteen months, organizers Forum Press and Communications (Nathalie Zalcman and Kathleen Iweins) selected an architect who did not talk about designing or constructing buildings. Bas Smets is a Belgian landscape architect who is far removed from the creating nice gardens image we may have of this profession, but who works on a city scale, creating whole urban sections. One of Bas Smets central philosophies is that cities need to be made more resilient, a conviction further strengthened by the recent catastrophic floods in Belgium and Germany. To achieve this, the channeling of rainwater, the use of the subsoil and the creation of habitable ecosystems are necessary. Urban vegetalised landscapes which are not only good for people to enjoy, but which also serve a geological purpose. Parks with underground reservoirs to alleviate flooding, for example. He even started by showing landscape paintings by the great masters such as Breughel. Looking at the geology of the zone he is working in (or other zones) is also a central pillar for determining the best course of action.

To illustrate how he puts this into practice, Bas Smets chose a number of examples. First was how a typical but largely unattractive seafront location in Albania could be returned to something closer to the unconstructed surrounding seafronts (trees on a hillside descending into the sea). Among the devices used was the fact of planting a row of trees so that, just like in the neighbouring natural landscape, from the edge of the water you see trees before you see buildings.

Moving to Brussels, he explained how an analysis of the original waterways (rivers and tributaries) shows that 80% of the green areas in Brussels are related to these. The evolution of these waterways is fascinating, particularly in the case of one of Bas Smets realizations, the vast park on the Tour & Taxis site. Looking back into history shows that the original water routes had become railway routes during the operational phase of the customs depot. The rails followed where the water used to run above ground. Now these same routes are becoming a park, still taking account of the original routes. And under this park is a rainwater storing reservoir, with the ballast from the former railway lines foundations being re-used to store the water: a performing park. Different varieties of trees are planted, slow growing and fast growing, to create a natural landscape.

The subject of trees is dear to the heart of Bas Smets, who describes trees as the best climate machine and the only true interface between the earth and the air above it. He explained that in the face of increasing global temperatures, he selects species which can withstand an extra one or two degrees of temperature, sometimes by selecting varieties which are already growing at latitudes of a couple of hundred kilometers south of the site on which he is working. Other issues surrounding the use of trees include giving their roots enough space to grow in urban settings. In La Défense in Paris this was achieved by perforating the concrete below the 50 cm of soil. This has allowed the trees to grow from 6 metres to eight or ten metres in height.

Lastly, an outstanding achievement, putting all of his principles into practice, has been to transform an urban concrete desert in the centre of the southern French city of Arles, into a vast and living green park with water features and now with incoming wildlife. All of this achieved within an environment where deep excavation is not allowed due to the historical nature of the city.