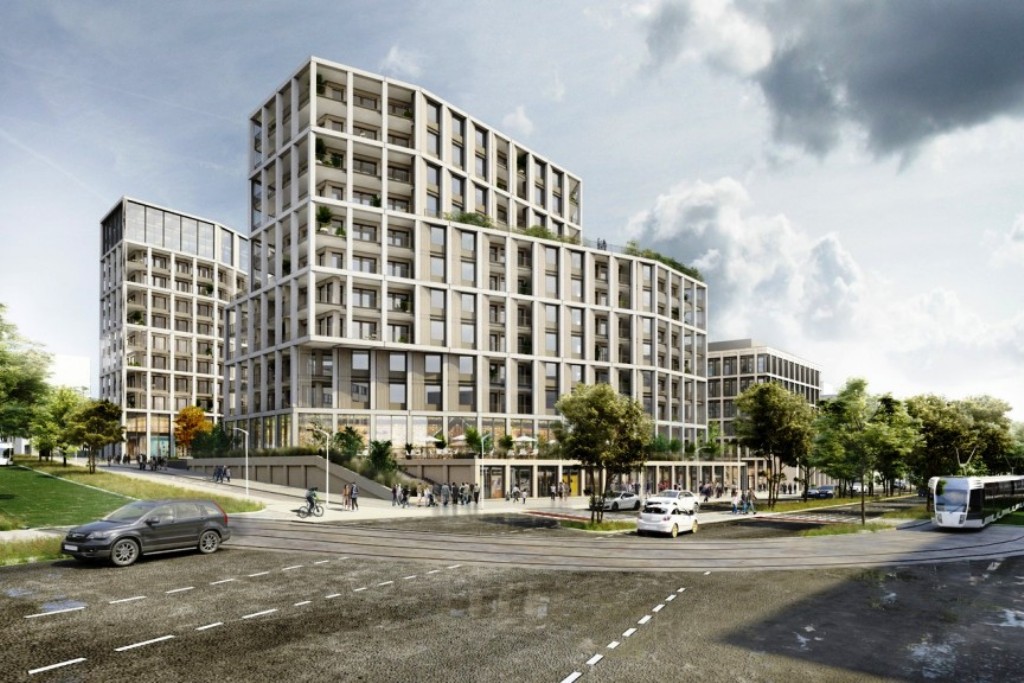 A major new mixed use project has now seen the start of construction in Howald, just to the south of Luxembourg city. The project is being undertaken by Capelli, which acquired three lots from developer Baltisse just over a year ago, the site being located along the Rue des Scillas and the future N3. It is therefore also alongside the tram route (from 2023) between the Cloche dOr and Luxembourg city centre, and the railway station, and will benefit from a park & ride service.

The first part of the construction will see around 21,000 m² built on two lots, made up of around 130 residential units, some office space and some retail units. In more concrete terms, the current trend for shared space is being taken into account, with part of the project being dedicated to co-living and to co-working. Two office floors are scheduled, with a restaurant and a local shop on the ground floor.

Jean-Pierre Lequeux, Managing Director of Capelli Luxembourg has stated: The work has now started with the demolition of the infrastructures present on the site. The project is also entering the marketing phase. We are very proud to be able to present this residential complex, which fully participates in the new face of this district. This project, which represents around 200 million in turnover, is one of the most important that we are currently carrying out at group level and the largest that we have developed in Luxembourg.

As paperjam.lu points out, South Village as it is called  doubtless thanks to its location  will play its part in the rehabilitation of this district. And indeed the complex forms part of a larger project being developed in line with the special development plan drawn up by architects studio Beiler François Fritsch.