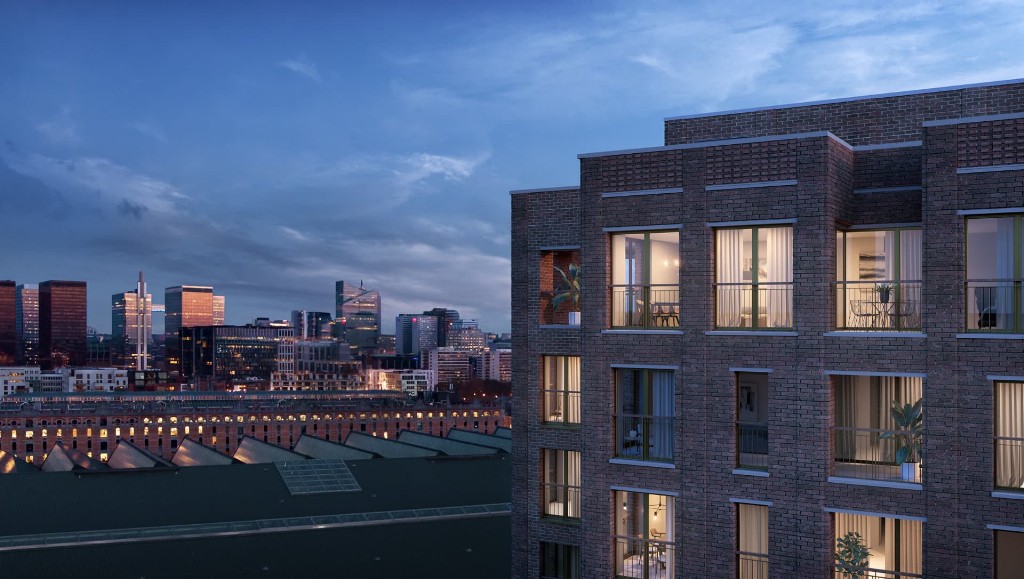 The Tour & Taxis project is continuing with its spectacular development path. Along with the ongoing constructions/renovations, site owner Nextensa announced a major new second residential programme, to be given the evocative name Lakeside. An architectural competition launched in collaboration with the Brussels Master Architect pursued the objective of designating various bureau, each to be mandated with a part of the new development.

Nextensa has unveiled today the five Laureates among 46 candidates from 8 countries: Binst Archjitect, Cobe, Effekt, HUB Architecture & Urbanism and POLO Architects. These architectural bureau will team up with Rotterdam bureau MVRDV  author of the masterplan, acting as what is referred to as an Urban Supervisor; and Bureau Bouwtechniek NV  the designated executive architect  to make Lake Side another exemplary development in addition to the Tour & Taxis neighborhood. Each parcel to be developed by the selected architects will be of a size between 8,000 and 20,000 m².

One of the objectives of the new development is that it should be a five minute district. Aurelien Gillet, development manager at Nextensa, explains that this means that everything required by inhabitants should be located within 5 minutes walk: childrens play areas, sports hall, local library, food market There will also be a considerable amount of green space (Tour & Taxis already boasts a nine hectare park. Landscaping will be by Bureau Bas Smet.

The news of Lakeside development comes hot on the heels of other progress on the Tour & Taxis site. The main residential towers from Park Lane - the first residential zone - are emerging from the ground and the apartments are being actively marketed. The Gare Maritime has already attracted not only some major tenants (Accenture, Publicis, Regus, BSS/Bosch and soon Bruxelles Formation) and lots of events have taken place during the summer including last September the Realty Summit.