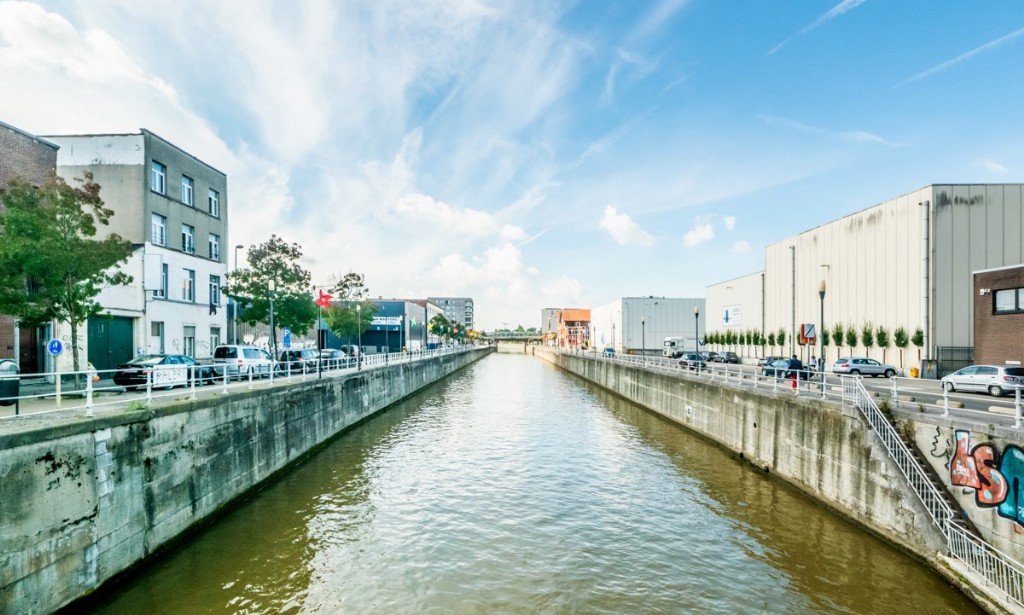 The next phase in the rehabilitation of the Heyvaert district in Brussels, in front of the abattoirs, has been announced. A short while ago the Brussels Region Government gave its definitive approval to the guideline development plan (PAD Heyvaert) for the zone following a third and final reading. This is the third PAD to have received definitive approval following those to transform the former Ixelles barracks into usquare.brussels and for the redevelopment of the West Station district.

The Heyvaert plan schedules a transformation of the district (which is located in the Anderlecht, Molenbeek and Brussels city communes), in particular with a view to eliminating some of the nuisance caused to residents by the presence of so many second hand car dealers. It also addresses the lack of green areas and of public space in general and the barrier effect of the canal (reminiscent of the situation in front of Tour & Taxis before the arrival of the new passageway).

The principal elements of the PAD Heyvaert thus include a transition from economic activity based around second hand cars to activities which are more local and sustainable. Some of the bodies which will be involved in translating this vision into reality are Bruxelles Environnement, Urban,Citydev and Hub. Along with this the PAD sets out the creation of more accessible and social housing along with public facilities which respond to the needs of the local population.

Within the context of providing more green areas is the creation of a green template which would see the park at the Porte de Ninove linked to the site of the abattoirs, this portion of public green area being known as the Parc de la Sennette. More green space will be created to the interior of constructed lots in the form of courtyard/gardens. Along with greenery, consideration is of course also given to mobility within the district, including both that of the increasing number of residents and that involving the logistics necessary to the new economic activities. Where the barrier effect of the canal is concerned, the PAD schedules redeveloping the areas around it to make it more attractive to residents and creating more public squares.

Other plans for this district and those which adjoin it are also in existence with a view to improving the quality of an entire portion of the city so close to one of its major transport hubs, the South Station.