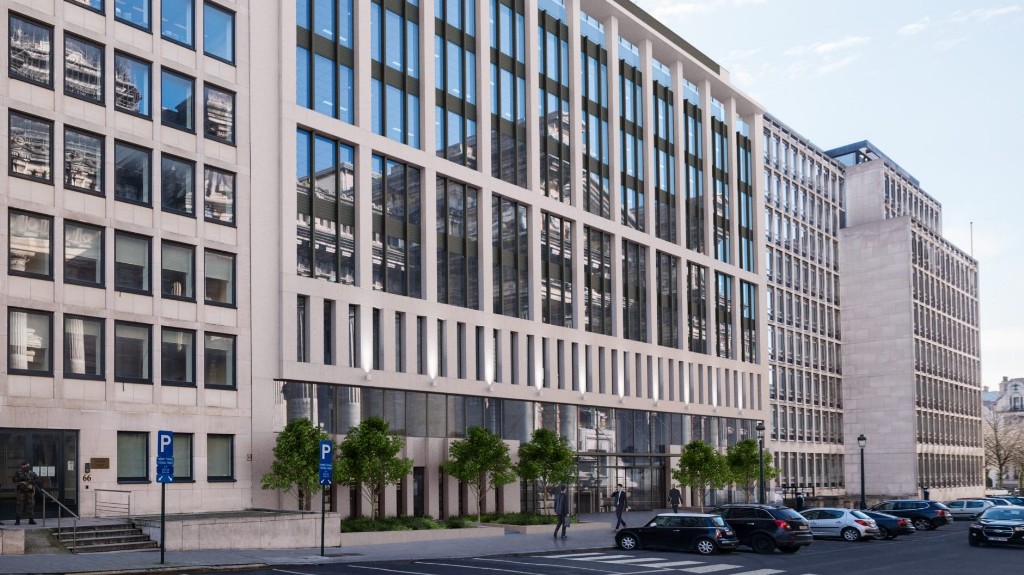 A major purchase transaction has taken place right in the centre of Brussels, alongside the Law Courts. The newly renovated Tweed office building with a total surface area of 16,500 m² spread over twelve floors is located on the adjacent Rue de la Laine. It has been bought through an off-market offer by a consortium of BNP Paribas REIM Belgium, on behalf of Next Estate Income Fund III (NEIF III), and CDC Investissement Immobilier, on behalf of the Caisse des Dépot. The sellers are AG Real Estate, Macan Development and Queens Lane Properties.

The sellers of the Tweed building are AG Real Estate, Macan Development (Philippe Gillion) and Queens Lane Properties which acquired the building in 2013. The building was redeveloped by these now former owners with the collaboration of Altiplan Architects. It represents now 16,500 m² spread over twelve floors. The building has a luxurious ground floor lobby with a small catering outlet, and high level finishing throughout. Occupants can enjoy a wonderful terrace with a view on the Law courts heritage building. Tweed is expected to be granted BREEAM Excellent certification.

This location more or less at the intersection of the Louise and European districts is clearly favoured by occupants and the building is already virtually fully taken up (92%) by DLA Piper, Spaces, Stepstone, Immoweb and the Brussels Regional Development Company. All of these bodies signed their leases (average length 10 years) within the first month from provisional acceptance of the works in September. For the sellers, Tatiana Posa, Senior Transaction Manager at AG Real Estate, says: Newly developed buildings of tis standing are a major asset for investors. She also alludes to the fact that this transaction was completed despite the unfavourable conditions during the Covid pandemic.

AG Real Estate has been part of the Belgian scene for many years (not always under this name) but Macan and Queens Lane have been in existence for a shorter time, having been founded in 2013 and 2007 respectively. Along with the sellers teams, Linklaters were involved as an advisor.