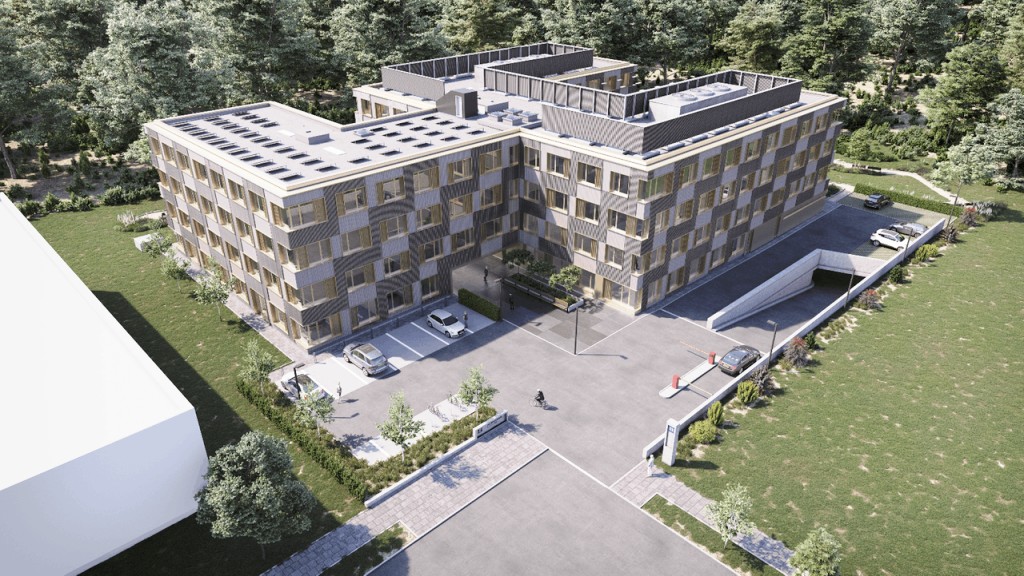 There is much interest in the established international architecture competitions, the Mipim Awards at their head. Belgium has traditionally been very successful at Mipim, but it is now the turn of a different competition and a Luxembourg winner to take centre stage. The Green Solutions Awards announced their winners, appropriately, in Glasgow during the recent COP26 summit and among the winners was the headquarters building of engineering and consultancy firm Schröders, located at Kockelscheuer in the Grand Duchy.

Organised by Construction21, the Green Solutions Awards include a national phase, where candidates first compete within their own country, and an international phase, gathering the champions of each platform. This year, out of 192 buildings, districts and infrastructures, 24 went forward to the international phase of the competition. The jurors were looking for projects which tackle the key issues of sustainable construction: frugality of materials, energy efficiency, health & comfort of users, off-site construction, protection of biodiversity, circular economy, etc. The winners were also chosen for their potential to inspire the professionals of the sector, and to be replicated at a large scale.

It was in the Health & Comfort Category that the Schröder building was crowned winner, for a building which was designed by the bureauArchitecture & Urbanisme 21, who also acted as construction manager. Also involved in the project were BCR, Neobuild, äResto, Ernst & Partner; BIM Consult, Secolux, Service Incendie de Roeser, Sandra Leidner and Virtual Rangers.

The Awards jury had this to say about the building: Obviously, it has very good health and comfort performances. It reaches the DGNP Certificate, it has good ventilation, CO2 detectors, acoustic comfort, and so on. But the project also has many other qualities, that we wanted to highlight: its cost is very reasonable (1666.67 /m²), the employees were included in the project and the building is very much connected to its surroundings. Bravo !

The building extends to some 8,000 m² and was commissioned by Schröder Associés to accommodate the 350 or so members of its personnel. They had previously been spread across no fewer than 30 apartments around the Rue des Girondins in Luxembourg City

Paperjam.lu did recently publish a in depth article over their ESG, real estate, workplace and mobility strategy for the building of their new headquarter. Read the report >>>