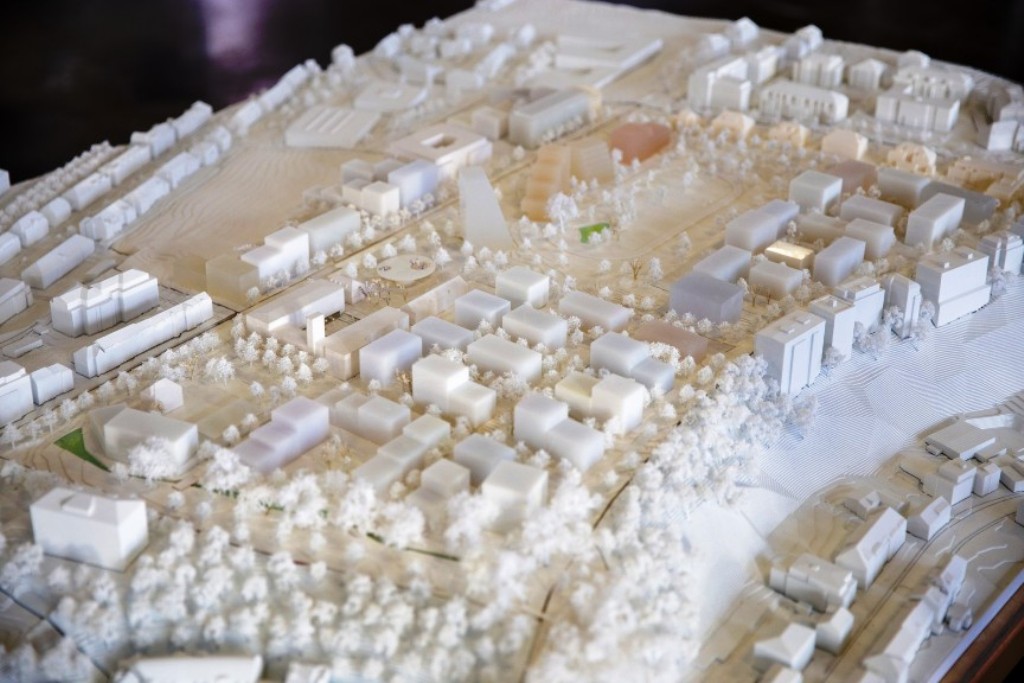 One of the most important town planning projects in the city of Luxembourg has moved a step nearer to becoming a reality. A jury under the leadership of architect Mathis Güller of Güller Güller Architecture Urbanism has selected the winning project for the giant new district to be constructed around the Josy Barthel stadium.

The district involved includes, as well as the stadium, the Hygiene service, the Recycling Centre, the former fire service barracks and a Franciscan nuns property, the whole amounting to some ten hectares. It is thus alongside the major Route dArlon just to the west of the city.

The new district will be essentially residential in nature, and will be designed by a consortium made up of 2001, HHF Architekten, TER, Systematica, Transsolar and Cabane. Their project, as paperjam.lu points out, was originally known as Hortus Colossus but is now named STADePark. The winning consortium had to fight off competition from no fewer than 35 candidates, and such was the quality, the jury states, that it placed one project in second place (Beiler François Fisch) and three in equal third place. The process has seen the candidate projects discussed and evolved over a period of time. The winning project will now serve as the basis for a new PAP (specific development plan). It is not yet considered to be fully definitive, but represents, according to Luxembourg City mayor Lydie Polfer the direction in which we have to go.

While this latest move is certainly progress, the works will not be able to begin in earnest for some eight years. This is because while the City owns around 85% of the site, and the fire service has already moved (to the Cloche dOr), the Franciscan nuns still own some of the rest and other activities on the site are ongoing.

The STADePark project received the approval of the jury because of the way in which it creates a link with the past (the stadium) by creating a new park. It also retains resources and becomes a site which is to the service of the city. A strong signal for the way in which public land is used, in the words of Mathis Güller. The former barracks and stables will accommodate services, cafes and restaurants, along with a culture centre. Vegetation and public areas are scheduled at numerous points. In terms of the buildings, the tallest of these will be along the Route dArlon, with those behind decreasing in height. Residential accommodation of different types is scheduled, with the City retaining ownership of the ground and making it available under long term leases.