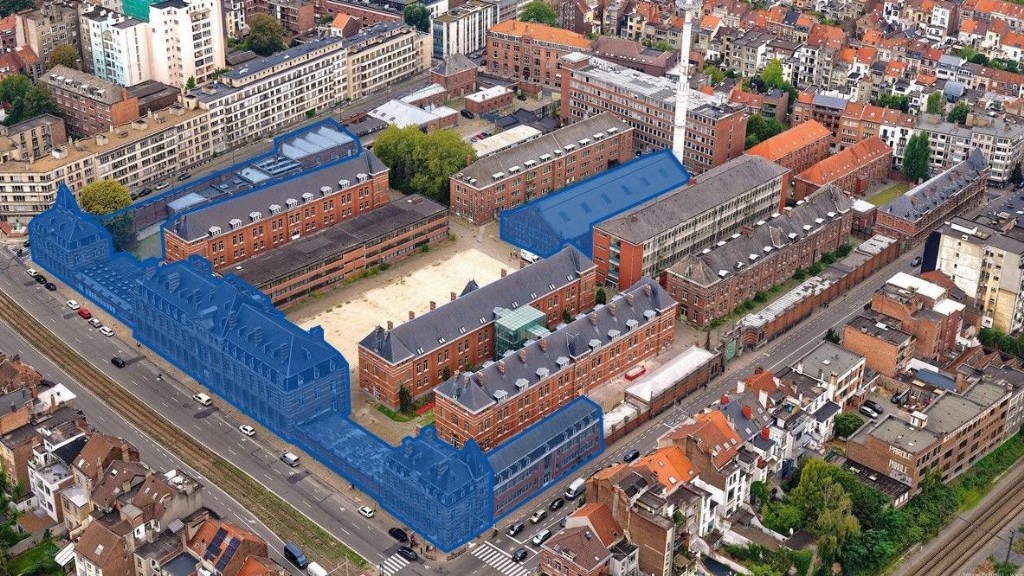 The first phase of works have started to transform the 3.9 hectare site of the former Fritz Toussaint barracks (now known as usquare.brussels) located in the vicinity of two universities in Brussels. It concerns the reconversion of seven emblematic buildings of the former gendarmerie barracks located in Ixelles along the Boulevard Général Jacques, avenue de la Couronne and rue Juliette Wystman. The renovation of these buildings will make possible the creation of a common university pole of 9,000 m2 shared between the ULB and the VUB accommodating university facilities and housing for researchers.

This Ixelles barracks site has been acquired by the Brussels Capital Region three years ago. The site is to be converted into a district comprising an international student campus along with other residential accommodation, open areas and public services facilities. A study carried out in 2015 had outlined the necessity of including families and functionalities which would generate human movement and activity on the site. In particular, the study concluded, it would be advisable to include shops, offices, spin-offs and others, and to retain the heritage character of the site. One of the recommendations was to include a social court at the centre of the site, to coordinate different functions including shared and public infrastructures. These would comprise university facilities in the former stables, a research incubator, cafes and restaurants.

In terms of the residential accommodations which will in time represent the core of the site, this is likely to be made up of around 600 student flats and almost 200 family homes. As part of the overall project, 11.8 million Euros of European funds (FEDER) granted to the two ULB and VUB which together form the BUA (Brussels University Alliance), will be used to create an interpretation centre, the Brussels Institute for Advanced Studies and an international welcome centre.