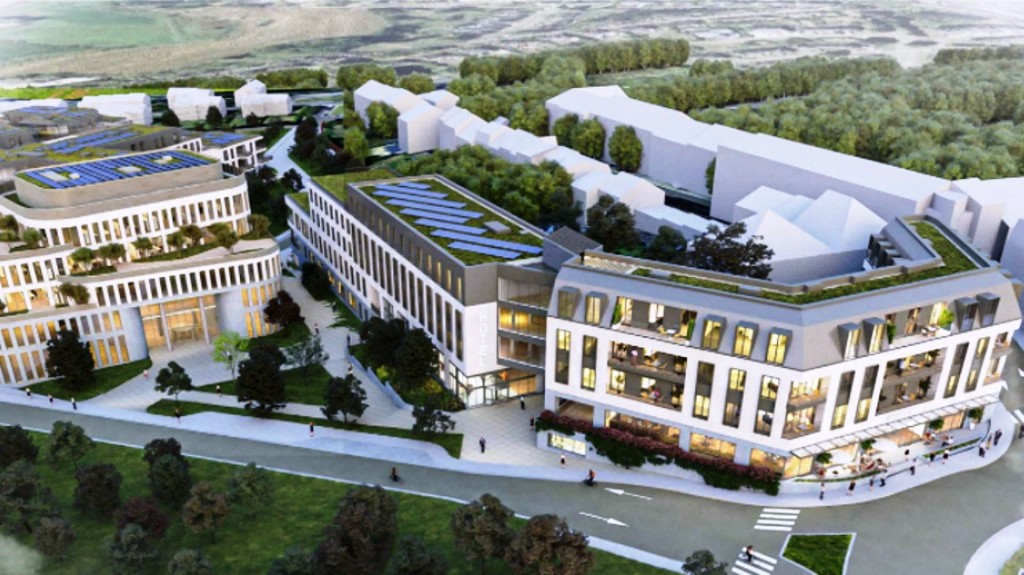 The obsolete offices of the Administrative City of the State in Arlon will be dismantled to give birth to a mixed-use real estate complex. | image Regentinvest

The Administrative City of the State located at the Place des Fusillés in Arlon is to rise from its ashes. Its 13,000 m² of obsolete offices will be dismantled to give birth to a mixed-use real estate complex integrating new offices for the federal administration, along with almost 200 apartments, a hotel with at least 90 rooms, local shops on the ground floor as well as underground car parks.

This real estate development is to be undertaken by Regentinvest, a Brussels company whose shareholders are the Jaspers family, and among them Jean-Michel Jaspers, founder of the architectural firm which bears his name. The company owns the 3.5 hectare site on which this mixed-use complex is set to be developed next year. The project is currently under public inquiry until February 3th. So we will shortly know if the project has the support of the city of Arlon and its inhabitants.

One of the points of debate is the large integrated car park on this site, backing onto Arlon station. According to the report published in LEcho newspaper: the parking capacity should be around 300 spaces, but the latest notice to the population suggests a range of 51 to... 750 vehicles
Aries, an environment and sustainable development consulting firm based in Wavre, has been commissioned by Regeninvest to draw the outlines of this ambitious project.