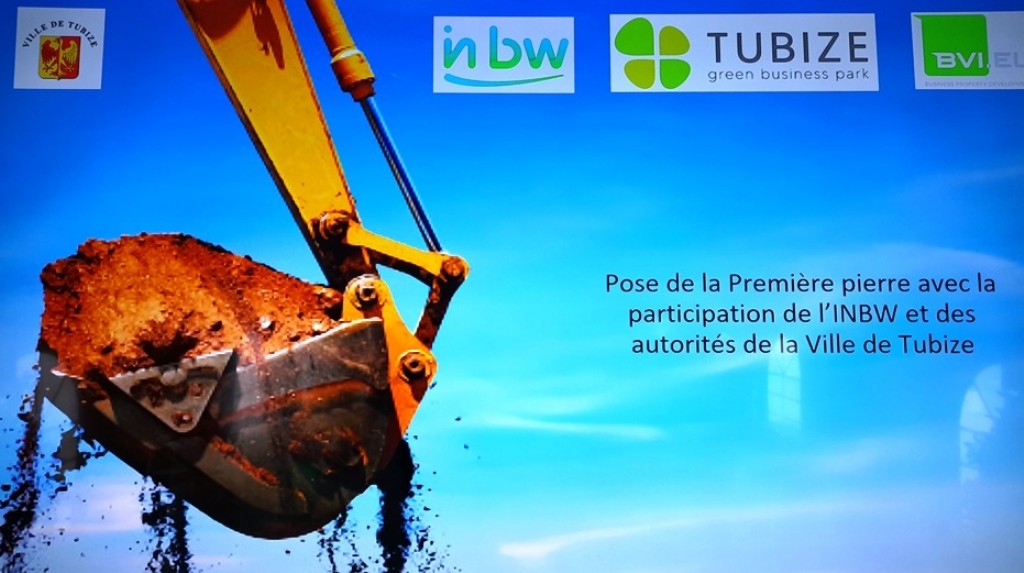 The rehabilitation of the city of Tubize took another step forward yesterday with the official ground-breaking ceremony for a major part of the Brabant Wallon Inter-communal Business Park Tubize II. The new roject  Green Business Park  is being developed by BVI.EU and is destined for SMEs.

Having originated in Antwerp, BVI.EU is no stranger to business park development, with numerous completions and a further 300,000 m² currently under development in Belgium, France, Germany and the Netherlands. This latest project is designed to be particularly green as its name suggests, and along with a certain amount of construction in ecologically-friendly CLT (Cross Laminated Timber), future occupants are being put in touch with an organisation named ID2 Green (part of Cap Innove) which is form of incubator to help start-ups and SMEs develop, and to encourage sustainable development and entrepreneurship in the Brabant Wallon region.

In concrete terms, Green Business Park will offer 41 units for SMEs and three office units. SMEs will, however, be able to have their own offices over their units, with the specificity that these are genuine fully equipped offices and not merely space laid out as an office on the mezzanine... Unit sizes vary from 180 m² to 2,500 m² on a total surface area for the entire project of almost 9,500 m².

Returning to the green issue, the construction phase includes measures surrounding water, waste and materials. The developers also state that they have paid particular attention to the thermal insulation of the constructions, whose performance in this domain is described as  remarkable for new semi-industrial buildings. There will also be cycle and pedestrian ways, high output fibre optics and LED street lighting. Photovoltaic panels can be ordered by occupants for their own electricity consumption.

Where access is concerned, the local Tubize authorities point out that the business park is less than one kilometre from the Brussels-Lille E 429 motorway (most of this distance via a new dedicated access route), 1.3 km from Tubize railway station and 700 metres from a bus service. Zaventem and Charleroi airports are both some 45 km away. It should also be pointed out that Lille airport, while a few kilometres further, is considerably less than an hours drive, on door-to-door motorway.

Delivery of the business park is scheduled for October of this year, and around half of the space has already found takers.