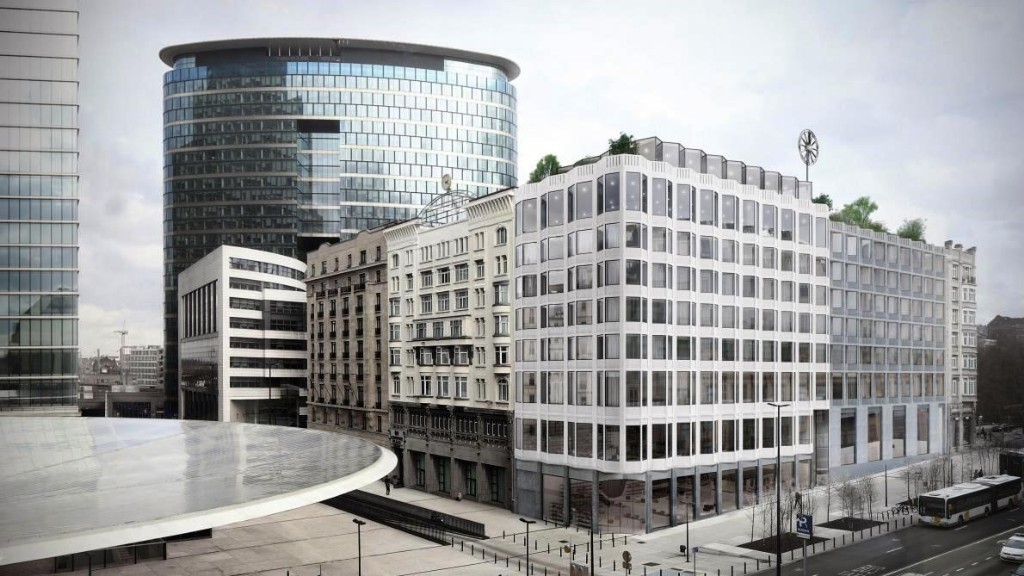 Following a period of covid-induced uncertainty for the hotel sector, there is now news of a major refurbishment and upgrading for one of Brussels city centre hotels. Swedish hotel group Pandox has announced that it is to invest 35 million Euros in the construction of an extension to the DoubleTree by Hilton hotel on the Place Rogier. Pandox is well represented in Brussels, also owning The Hotel, the Holiday Inn Brussels Airport and nhow Brussels Bloom among others.

The extension being undertaken by Pandox to the DoubleTree by Hilton hotel (formerly called Le Palace) will see its capacity increased from the current 354 rooms to 505, making it, they say, the largest hotel in Belgium. A second 600 m² ballroom will be added, and the current sixteen meeting rooms will be increased to twenty. A rooftop garden and a 650 m² rooftop bar and restaurant, with views over the Botanical Gardens and the historic centre of Brussels, will be available for hotel guests and the public at large  this latter category gaining access via an exterior lift.

At lower levels, it is expected that an internationally renowned restaurant will occupy the corner location of the Place Rogier, and a fitness centre will be on the first floor. Where the architectural style is concerned, the design was mandated (out of 72 candidates) to Onsitestudio - Piovenefabi of Milan, in association with Belgian bureau Bouwtechniek, who have ensured that the Art Nouveau style of the original construction, dating from 1908-1909, is retained but with a modern touch. The extended building will have volumes which are coherent with the neighbouring constructions, and a new façade with bow windows recalling Brussels architecture of the 19th century. A central atrium will connect the old and the new parts of the enlarged hotel. As is almost mandatory these days, the construction will be in line with BREEAM standards, and will attract this organisations certification.