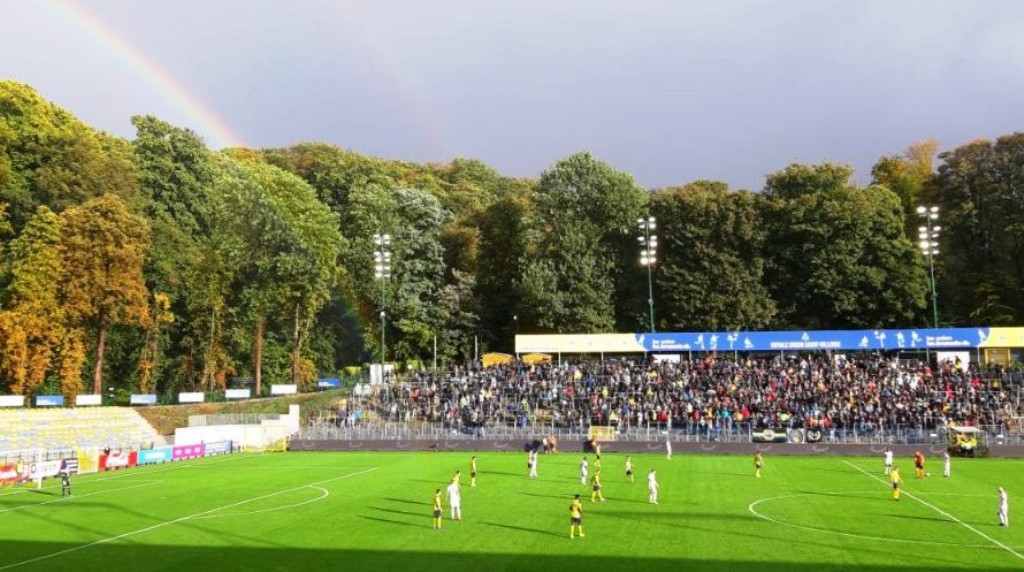 A picturesque setting but not the sort of environment Real Madrid or Manchester City are used to playing in...

Football stadiums have frequently been in the real estate news over the past few years. The award-winning Ghelamco stadium in Ghent, the never-built new national stadium scheduled for the Heysel site Now it is the turn of the Marien stadium in the Brussels commune of Forest to be in the spotlight, along with its possible replacement. For those not familiar with the name, this is the historic stadium of the Royale Union Saint-Gilloise football club. Despite bearing the name of the neighbouring commune of St. Gilles, the club carries out its activities in Forest.

The reason for all the debate now taking place around this historic stadium, nestling at the lower end of the Parc Duden in Forest, is that not only has the R.U.S.G. football club come up to the highest Belgian division this year (1A) but it is the runaway leader and the prospect of qualifying for European competition next year is very real. Therein lies the problem. The Marien stadium has been extended and upgraded over the years, but can still be qualified as old fashioned, and would not reach European standards for international matches.

The R.U.S.G. has indicated that it is willing to invest in a new stadium, and as a result of this the Brussels Region government has asked one of its real estate services  Perspective.brussels  to carry out a preliminary analysis comparing the current ground to possible alternatives identified by the club. These would be on the Bertelsen stadium site and on the Audi/Parc de Bempt site. The comparison takes into account not only technical criteria, but also access by public transport. It is now being considered by all interested parties.

This development also highlights another aspect of the commune of Forest. Along with greenery (the vast Parc de Forest and Parc Duden at 13 and 24 hectares respectively) this single Brussels commune is home not only to the R.U.S.G. stadium, but also, in terms of real estate infrastructure, to the Forest National theatre and events complex, Belgiums largest with a capacity of 8,400, seats and to the 57,000 m² Audi car plant.