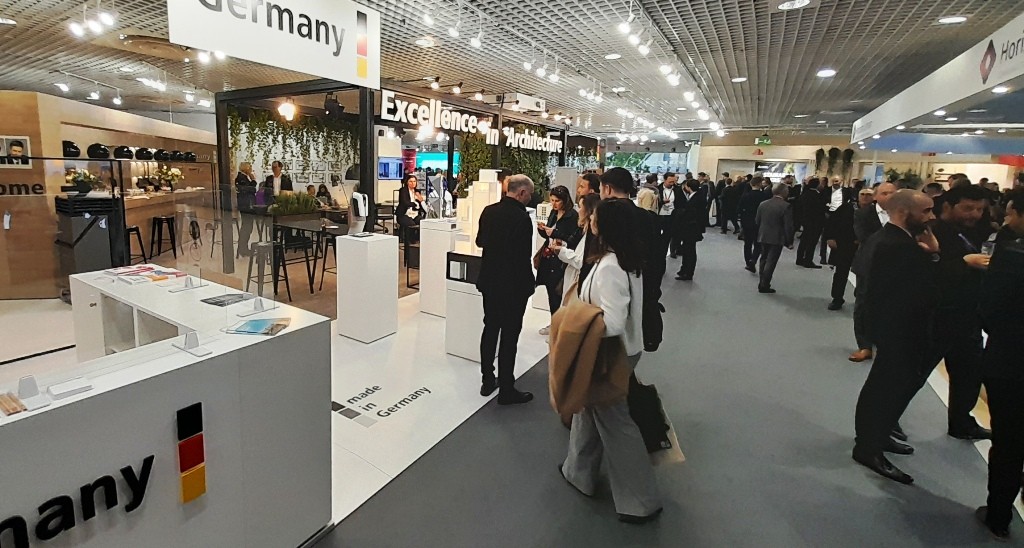 More than a hundred countries are here in Cannes in one form or another.

Many of us wondered whether this would actually happen, given the ever-changing Covid situation. But yesterday a full size, full scale Mipim finally opened its doors after a two-year hiatus. There are of course some companies and organizations which had understandably taken the decision not to commit to this years show, but the alleyways are full and more than a hundred countries are represented in one way or another (not including Russia).

The theme of this years Mipim is Driving Urban Change and in his opening address, former French President François Hollande said that his presence was a demonstration of how much importance France gives to the real estate industry. Alluding to the crisis in Ukraine, he said that this, like all previous crises, will lead to stronger decisions being taken, including where investment, integration and climate are concerned. Every type of model which currently makes up our everyday lives will have to change more rapidly than we might have planned. Less carbon, more insulation, better work-life balance, along with evolving logistics needs. In the real estate domain in particular, François Hollande spoke of trends, including the need to build even more, in order to house the population. And buildings will need to be adapted to new uses, become more shared, more digital. This will involve all building types. And where renovation is concerned, he pointed out that only 1% of our constructions are brand new, so enormous amounts of work remain to be done to bring the other 99% up to standard. Responding to the climate problem may take, he added, to the end of the century.

On the same theme, Brussels Secretary of State Pascal Smet was invited by the Mipim organizers to be part of a panel presentation and discussion on Cities for Citizens. He was warmly welcomed by the facilitator who said that an ecologically-minced lawyer (Pascal Smets training) must be some kind of new super-hero! The facilitator also said he would borrow a famous phrase of Pascal Smets and use it himself: We will make people happy against their will! This was explained by the Secretary of State in terms of what had been done in Brussels. We pedestrianised part of the town centre, we pulled down a viaduct, we built new tramlines. People were against this, he said, but once they were achieved, everybody came to realize that they were really good ideas, and some of the complainers even claimed it was their idea in the first placeThis led Pascal Smet on to another reality. Politicians have to listen to the public of course, but not just those who make a noise (the complainers) but those who dont say anything at all (the silent majority). And he said that he is in favour of politicians who have the courage to make strong decisions. That is what they are there for. Another panel speaker, the Deputy Mayor of Madrid, had echoed this by saying that local politicians are really important: We feel the problems first, we are like the skin of the city.

More Mipim reports will follow on this website, concerning the conferences being held by the Belgian representatives (this years Belgian Pavilion is once again very busy, and is entirely made up of Brussels and Wallonia  Flanders has decided to pull out once again).