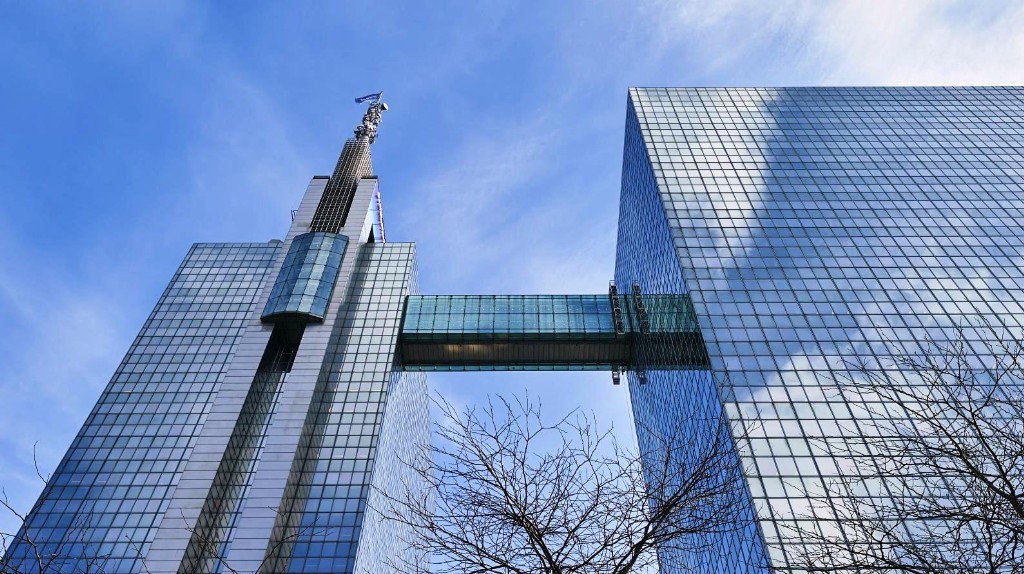 On March 14th Immobel and Proximus signed a binding agreement regarding the redevelopment of Proximus headquarters in Brussels. Last October, it was announced that Immobel had won the contract in front of two other candidates: Whitewood Capital and Downtown Real Estate. Built in the nineties, the two iconic Proximus towers will be transformed. The 100% office space spread over 28 floors, reaching a height of over 100 meters  will now evolve into a mixed use complex. As a true catalyst for the Brussels North district, the new project intends to truly transform the area into a multifunctional urban living and working space with a lively and dynamic buzz 24/7. It will include 'at least' one hectare of greenery on the site.

According to a De Tijd report, there is now an official agreement whereby Proximus sells the towers to Immobel for approximately 143 million Euros. When the reshaped building is handed over - at the end of 2026 - a lease-back operation will follow in which Proximus will rent the necessary space. After 15 years, Proximus will then have the right to take back ownership of the buildings if it so wishes. KBC Securities analyst Ruben Devos comments: This sale-and-lease-back operation is part of Proximus' target to dispose of 700 million in assets by 2025. The proceeds will be used to finance the roll-out of the fiber and 5G network without compromising profit distribution to shareholders.

Dutch architects Neutelings Riedijk and Belgian firm Jaspers Eyers architects will be in charge of designing and executing the project. The sustainability ambition of the office project is very high and aims for a BREEAM Outstanding label, a DGNB Platinum label, and WELL platinum certification.

The first tower will remain totally dedicated to Proximus, which will relocate its staff there in a whole new working environment inspired by the atmosphere of a green campus. So, of the 110,000 m² that the telecom operator occupies today, just under 50,000 m² will remain. Previously, about 6,000 of the 11,000 employees worked in the towers, but the success of teleworking has meant they have become too big. Proximus spokesperson Fabrice Gansbeke underlined in the De Tijd Report: Partly as a result of the corona crisis, we have accelerated our plans to work more flexibly. Most employees now work from home for a maximum of three days a week.

The second tower will be mainly made up of housing. It will also include a hotel and, in the basement of the tower, shops. After an architectural competition for the residential part of this mixed-use tower, Immobel, Proximus and the Brussels master architect selected additional architects, A20, MULTIPLE and Koen Van Syngel.

Works should start at the beginning of 2024 and be completed by the end of 2026. During the redevelopment of the tower, Proximus is to relocate its troops temporarily into the Boréal building, located just 300 meters from their current headquarters. The 36,500 m² office building is now being vacated by the current occupant  the central retail and private banking departments of BNP Paribas Fortis  which is moving to the banks new Montagne du Parc headquarters opposite Brussels Central Station.