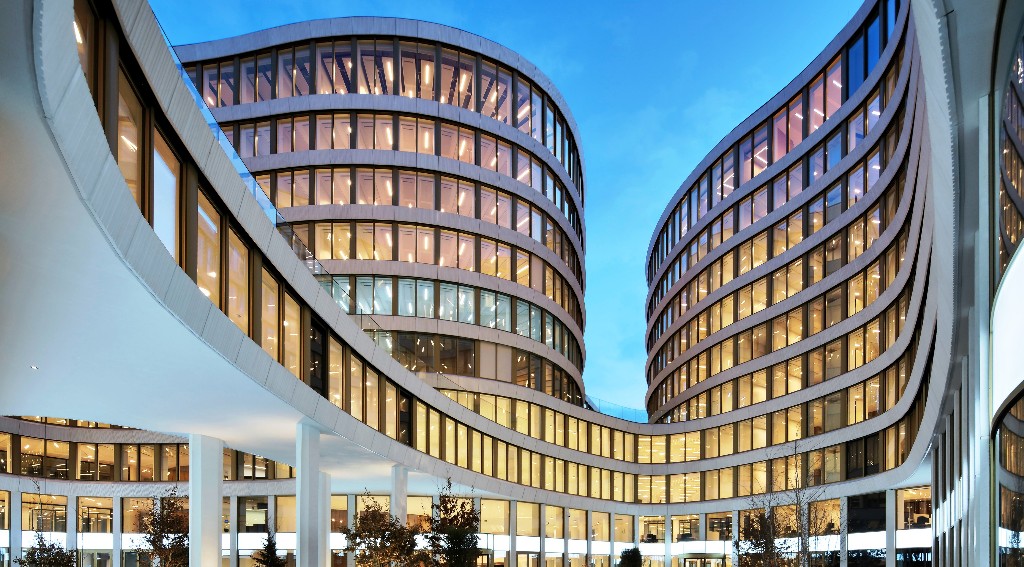 The Belgian tradition of producing buildings which are winners in the Mipim Awards continued again last night in Cannes. The MIPIM awards recognise the most outstanding projects in real estate worldwide and are considered to be the cream of the crop in the sector. The spectacular new BNP Paribas Fortis headquarters building close to Central Station in Brussels was elected Best Office and Business Development'.

The new headquarters building has helped to create something which the Brussels authorities have been calling for over a number of years  an architectural statement in the same manner that other European cities have. The design of the building is some of the most audacious architecture of the two last decades. Its futuristic architecture contrasts sharply with that of the neighboring historic buildings including the Bozar. With its vast concrete pillar façade (a similar effect can now also be seen in the new Etterbeek town hall), this is a building which will leave no-one indifferent. The development is of course by BNP Paribas Fortis and the architecture is the work of Baumschlager Eberle Architekten  Styfhals & Partners in collaboration with Mipim regulars Jaspers-Eyers Architects. Jaspers have indeed once again been present during the show with a large stand. And ever since the Belgian contingent decided to group together in the Belgian Pavilion a number of years ago, Jaspers has gone it alone with a stand on the main exhibition floor of the Palais des Festivals.

BNP Paribas Fortis decided to demolish the 1980s former building which stood on the 'Montagne du Parc' site up until May 2016 to construct a new one with 70% more accommodation capacity, while drastically reducing primary energy consumption and limiting the environmental impact. The Building has now has obtained a BREEAM Excellent certification, partially thanks to its energy performance coming, among others, from solar panels on the roof and energy storage.

With a total surface area of 100,000 m²,BNP Paribas New Brussels' headquarter can accommodate up to 4,100 employees. This video enables the creation of this outstanding building to be visualised .