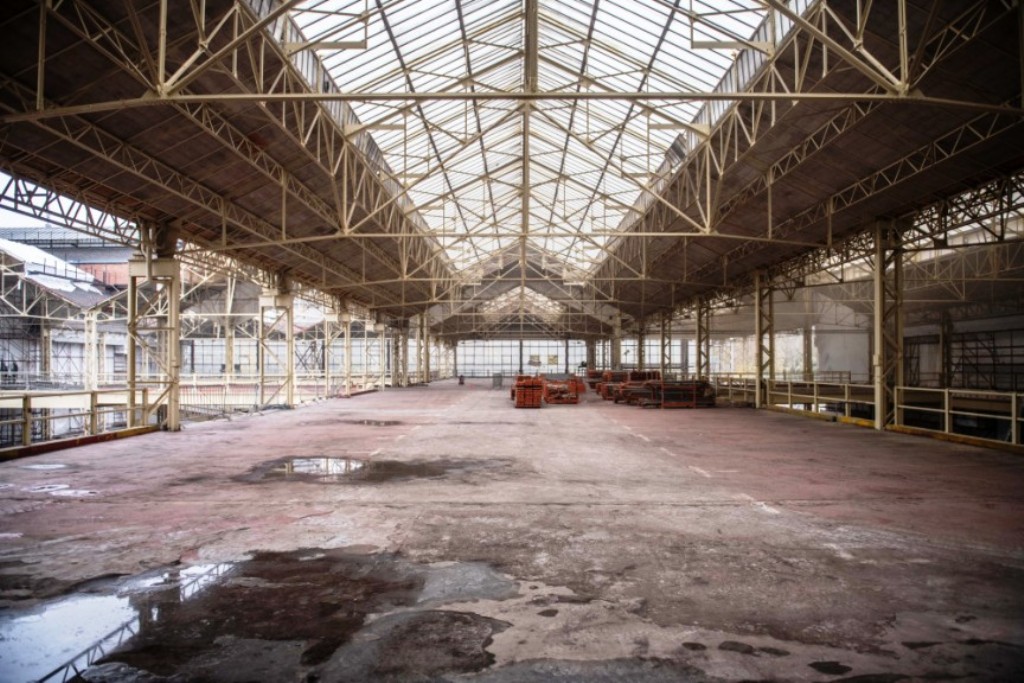 The first Lunch with an Architect (Forum Press and Communication) took place at the Flagey studios yesterday. The speaker, Stephen Bates of Sergison-Bates, is of particular interest to the Belgian real estate domain, as his firm won the competition to transform the former Citroën garage alongside the canal into the new Pompidou / Kanaal Centre.

Stephen Bates started by stressing that although the bureau is London-based, it also has offices in Zurich and now in Brussels, and considers itself to be highly international in nature  a European practice. And he had some words of praise for the Belgian system saying that buildings emerge here as designed by the architect, whereas in London they tend to become somewhat modified by the contractors during construction due to the widespread use of the Design & Build system.

The philosophy of the bureau was a central theme of Stephen Bates presentation, including the fact that he believes that buildings should be seen as a series of layers, some of them (such as the structure) being designed to last for a very long time, and others being suitable for modification over time. He also spoke at length about the value of collaboration in the architectural world, and reminded the audience that his winning project for Citroën was in collaboration with NoA and EM2N. Collaboration is a way of communicating with others, finding common ground and of bringing in skills to the consortium which no single firm may have on its own. It also enables more doors to be opened.

Another of Stephen Bates themes was the use of materials (the Citroën project was favoured partly because it limited the use of new materials) and in particular the use of surfaces and of shapes. Moving from the Pompidou centre to another major project at Tour & Taxis, he said that the strong, solid form chosen for this 275 metre-long complex, along with its undulating height levels, were a sort of counter-balance to the hectic and ever-moving life we lead nowadays. The use of existing parts of the structure of a building on a site which is set for regeneration is also a way of referencing a building to its past  in the case of Brussels this is very much an Art Deco past. For this aspect of his philosophy Stephen Bates referred to a project to convert a former barracks in East Flanders. Here, the existing and imposing façade is retained, and there is a high level of direct and evident construction visible in the finished project.

The context and use of the future building also play a very important role. In designing new performing arts centre for the city of Leuven, the first question to be asked was what exactly does performance mean? The answer according to the Stephen Bates philosophy is that it is a lot wider than simply seeing somebody on a stage. Everything we do is a sort of performance, and this includes eating, drinking, performing and watching. So the Performing Arts Centre is arranged as a large wide open space where all these activities take place alongside each other. In much the same spirit, the spaces between buildings play an important role in the overall project.

Returning to the iconic Pompidou project, Stephen Bates spoke of it too not being simply a museum in the traditional sense of the word, but more like a stage. He described the existing construction as a hard working building and invited colleagues with experience in the cultural world to accompany him on the crucial walk-through which sets the context for the architect. One of these colleagues (from Düsseldorf) made a statement which is entirely relevant to the merging of the old into the new: A house never forgets the sound of its first occupants. There thus emerged the winning project, which designates the Pompidou Centre not just as an international exhibition centre, but as a resource for local inhabitants. He qualifies his winning project as quietly radical and potent, and pointed out that the total surface area of around 40,000 m² is the same as an average-sized city skyscraper. Nevertheless, just as was the case for the original construction, the new project is made up of a lot of very small pieces of material. All of the original materials were mapped out, including the faded paint surfaces and the damage. New surfaces had to be added, of course, but in a way which would enable them to be modified over time, to accept posters or paint And the final result is a vast container of rooms and spaces.

Unsurprisingly, Stephen Bates had a clear word to say about the crucial nature of the circular economy if we are to protect our planet  re-using materials rather than throwing them away and making new ones. But surprisingly, he pointed out that most of the 856 columns which make up the vast and immense mosque in Cordoba (Andalucia) were, even back then, sourced from existing abandoned Roman structures in the area!